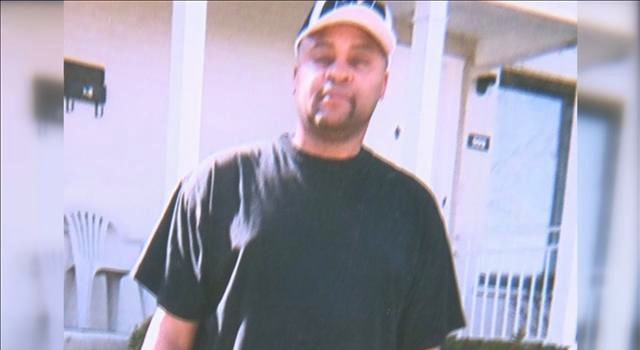 Alicia Herron called 911 for her diabetic fiancÃ© Jack Lamar Roberson, but instead of an ambulance, Police arrived and shot him dead.

In Waycross, Georgia last Friday, Alicia Herron dialled 911 for paramedics because her fiancÃ© Jack Lamar Roberson was having a bad reaction to his diabetes medicine. The emergency services did indeed show up, but it was the Police rather than an ambulance crew who came into their house. Within a few minutes, Jack Lamar Roberson had been shot dead by the Police officers in front of his fiancÃ©e and his mother. His 8-year-old daughter is reported to have also been in the house.

So how did this happen?

Waycross Police Chief Tony Tanner stated on Monday that officers were responding to an attempted suicide emergency call, and on the way the report was updated to say that the man had become aggressive. Upon entering the premises, the officers report that they found a man who was “aggressively armed with two items used as weapons”. He began to advance on the officers who gave ground whilst repeatedly ordering the man to stop. The man is then reported to have “raised one of the weapons in a threatening manner” and the officers responded by shooting him. He died on the scene.

This is what Roberson’s fiancÃ©e Alicia Herron told reporters, “They just came in and shot him. He didn’t say nothing, the police didn’t say nothing, anything, it was like a silent movie. You couldn’t hear anything, all you could hear were the gun shots go off and I seen them going into his body and he just fell down.”

When asked about the claims made by the Police concerning Roberson being armed with weapons, Alicia said, “He didn’t have nothing in his hands at any time or period at all before they came, any time while they were here, anything.”

Roberson’s mother also refutes the claim that her son was armed, “We had no weapons in this house whatsoever” she told reporters.

Who to believe then?

I don’t want to go off an ill informed FTP rant here, but Police officers in America have form on this sort of thing. In 2009 Oscar Grant was shot in the back by an officer whilst another Policeman held him to the ground. In 2000, a deaf and dumb Detroit man was shot dead after threatening Police with a garden rake.

It’s hard to give you statistics on fatal Police shootings because that data isn’t collected. You can find out how many acts of crime have been committed in America, state by state, county by county; be it burglary, vandalism, assault, murder – whatever. You cannot however, find out where, how often, and under what circumstances American police use deadly force. Interesting.

Police look after their own. We saw it over here on our side of the pond when Police killed Ian Tomlinson and Jean Charles de Menezes. Officers kill someone, either by mistaken identity as in the case of Menezes, or because they are psyched up aggressive cunts by nature – as with the officer who killed Ian Tomlinson. Then the Police release statements which give a false version of events to make the killing either justifiable, or not their fault.

Now we will never really know what happened in that house. Roberson might well have had a weapon and advanced on the Police, but even if he did – did they need to kill him? I’ve never been in that situation, so I don’t know. All I do know, is that there is something deeply fucked up about a 911 call for an ambulance being answered by Police with guns, and instead of a man receiving medical attention as was intended, he is gunned down in front of his family.