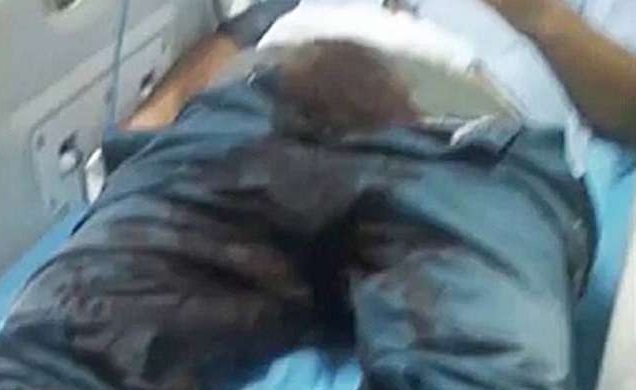 Normally they say that cheaters never prosper, but the roles are reversed in this tale where the cheater ends up completely mutilating the person that she was cheating on in the first place. Probably a bit much eh?

We’re over in India for this one, where 55 year old Senthamarai was attending a festival with his 45 year old wife Jayanthi when she said she needed to go to the toilet but in fact decided to sneak off. After an hour Senthamarai went looking for her and found her in a ‘compromising position’ with another villager named Dhatchanamoorthi.

Here’s what an eye witness said went down after the discovery was made: 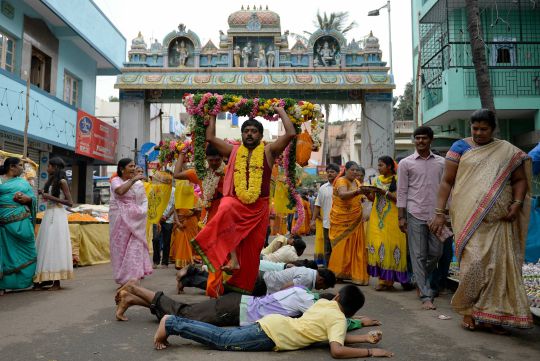 Enraged, Senthamarai grabbed his wife and her lover and threatened to make their relationship public.

Noise from the festivities drowned out Dhatchanamoorthi’s cries for help.

In the scuffle that ensued, Senthamarai’s dhoti (trousers made of cloth) fell off.

Jayanthi, fearing she and her lover would be thrashed, wanted to escape before villagers reached the spot.

She bit his penis, severing part of it, and fled with her lover.

I mean I shouldn’t laugh but reading that there isn’t really any other reaction to it is there? It sounds completely and utterly ridiculous that the only way the woman could avoid a beating etc was to literally bite off her tormenter’s dick. When the hell does that ever happen?

Regardless, that is what happened and it’s making world news with good reason. Senthamarai managed to get to the hospital in time and is said to now be in a stable condition whereas Jayanthi has been arrested and is being held on attempted murder charges. I imagine that their relationship hasn’t survived this ordeal either.

For more of the same, check out this story about a girl cutting off her boyfriend’s dick because he wouldn’t make eye contact with her during sex. Rough.