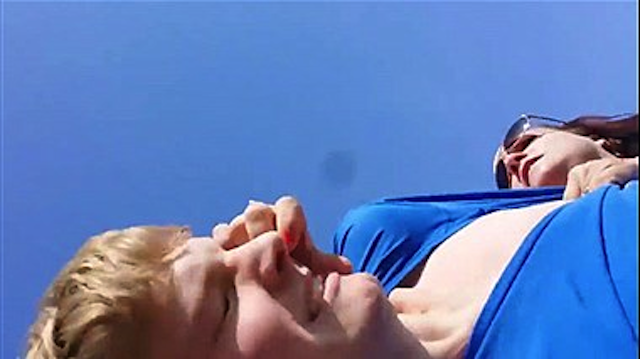 Is taking photographs on a beach a crime and/or a violation of the people in said photograph’s privacy if they haven’t consented to being in the picture? Obviously this is a huge debate but right now the law states that people are well within their rights to take photos wherever and whenever they want.

That doesn’t mean that people are happy about it though, as is illustrated by this video. A guy was flying his drone around on the beach taking photographs (which to be fair is quite weird behaviour) when one woman took exception, calling the police on him and then beating the absolute crap out of him afterwards. Then, once the cops finally did show up, she accused the guy of beating her up and tried to get him arrested. Although she might have a point, this is absolutely psychotic behaviour. What a bitch.

Fortunately (and slightly ironically) though, the dude had filmed the whole encounter on his iPhone which enabled the cops to see who was actually right in this situation and arrest the woman for disturbing the public peace and assault. Obviously she probably wasn’t too happy about being arrested, but she was probably even less happy when she found out that she got busted because the dude was filming her without her permission again. Guess she got what she deserved.