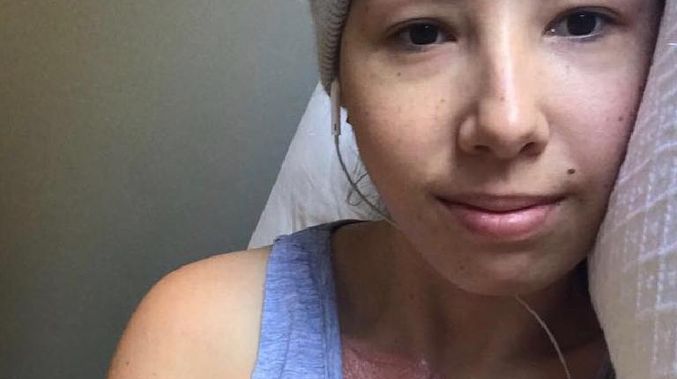 Whether it’s relating to you or a family/friend, when you hear the word cancer your whole life changes for the worse and so it’s completely implausible in my mind that anyone would be so insensitive and downright moronic so as to fake suffering from cancer, but here we are with the story of Lucy Wieland from Townsville, Queensland.

Lucy appeared in court today accused of people out of £40,000 worth of donations after she set up a fundraising page to help her with her treatment of her (fictional) five stage ovarian cancer. She even used her Instagram account to document this process, regularly putting up the kind of inspirational posts that you see people sharing when they go through a trauma like this, only these were all made up and calculated, presumably to obtain the most amount of attention and financial restitution.

Detective Inspector Chris Lawson addressed a crowd outside the courtroom and said the following:

Some people in the community identified some problems with the story and we conducted investigations to establish the veracity of the claims made by this woman.

It’s disheartening, I mean the real victims here are the people from the community that have heard the stories, have tried to assist as best they can and in some cases what little they have and given the money across in the honest belief they are trying to help people.

Yeah I couldn’t agree more. As for Lucy, she’s been released on bail and has stopped posting on Instagram. She’s due back in court in December and hopefully she’ll go to jail and be forced to pay all that many back because honestly this is one of the sickest and most messed up crimes I’ve ever written about. Fucking bitch.

For more of the same, here’s a murdering step dad pretending how to cry. Asshole.