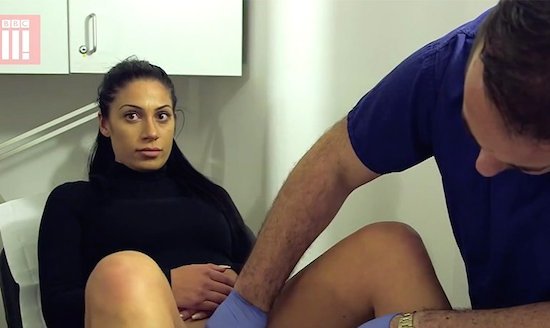 “The filling was just pouring out of the bun.”

More and more people are turning to surgery to correct their perceived imperfections within their bodies, and the latest episode of ‘Extraordinary Bodies’ on the BBC follows the story of a woman named Antonia who has decided to have surgery on her vagina because it looks like a Big Mac.

That is slightly trivialising the issue, but Antonia says it herself in the short documentary below. There are much more serious consequences of her labia hanging four inches outside of her vagina – from the pain it causes her when she goes out dancing, to the fact that she can’t really enjoy having sex with anyone because her confidence is completely shot and it also hurts her to do so. It also sounds like she’s been bullied pretty hard about it as well which has obviously had some kind of effect on her.

To be honest, you might think that sounds stupid but if you watch the video below after a few minutes you can tell how unhappy this woman is about it and how much it probably will change her life to get it done. Fair play to her (be warned the video is very graphic, especially towards the end):

That surgery sure made me wince towards the end, not sure about you.

It’s kind of depressing that she still isn’t happy about how it looks after the surgery, although there is the possibility that the right hand side might look better once the swelling has died down. Of course, there’s also the possibility that she might never be happy with the way it looks, as she seems very ingrained with the idea of the perfect body/vagina, which is unfortunately symptomatic of the society we live in. That’s a whole different story though. I hope Antonia can somehow find contentment with her body though.

For more vaginas, check out this woman whose party piece is getting her vagina smashed with a sledgehammer. Fair.