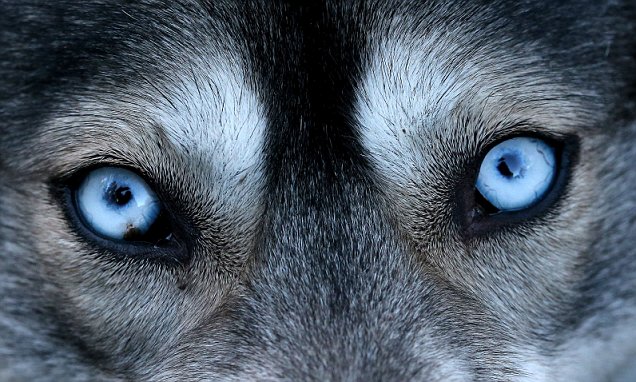 Just scrolling through the Twitter feed last night and someone had ReTweeted this seriously disturbing account by the name of ‘Wintergreenwolf’ (@wintergreenwolf).

This guy is a self admitted animal fucker who had posted an update showing off his new puppy, which he suggests he’s been getting intimate with. 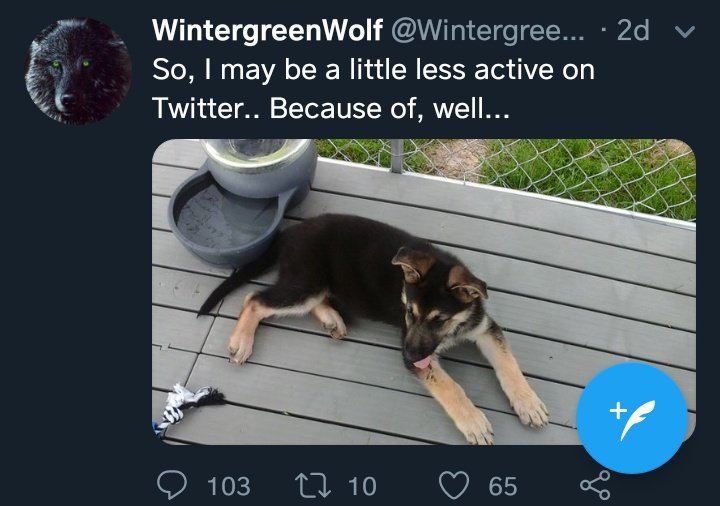 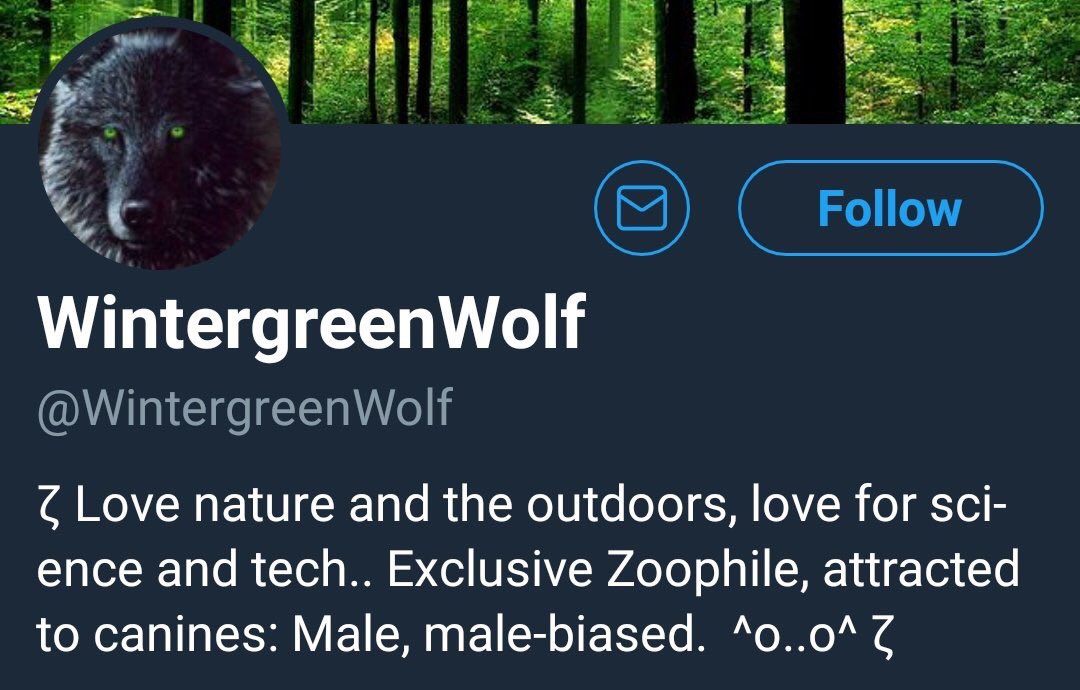 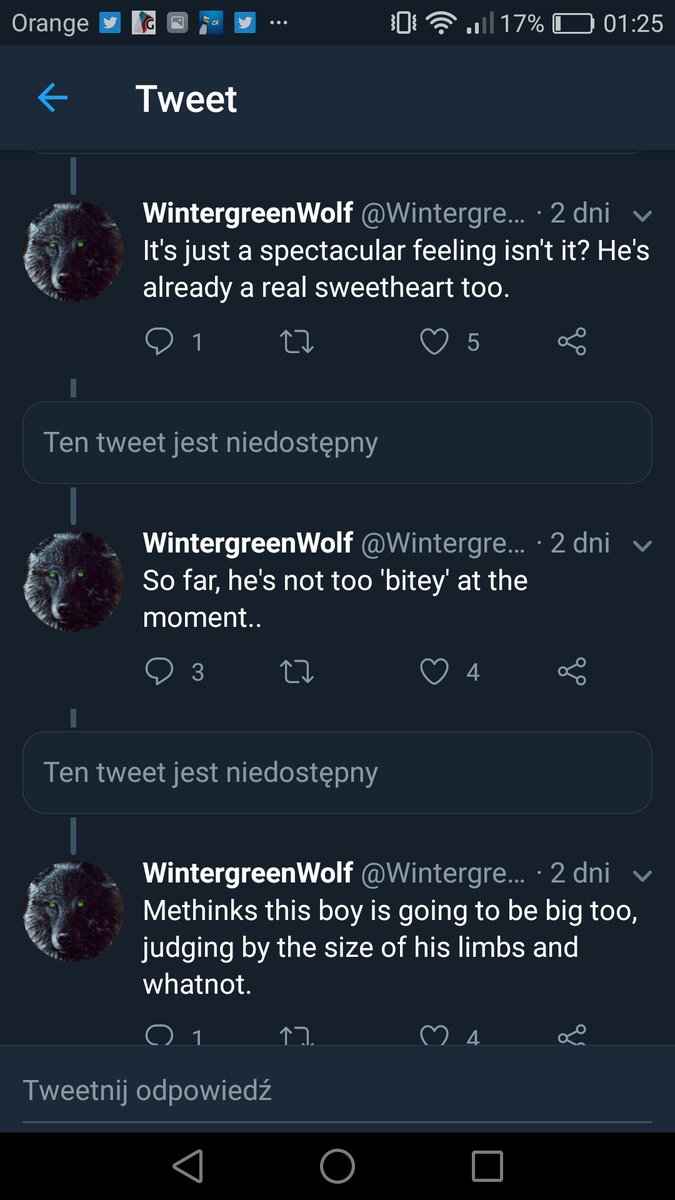 Absolute degenerate who needs sorting out if you ask me. This pup obviously needs help if this is a real account and not some twisted troll trying to wind people up.

I’m pretty sure it’s the former though because he’s kept engaging and defending his sexual preference, complaining about the death threats and abuse he’s been receiving, arranging meet-ups with other zoophiles, and even made his account private earlier. 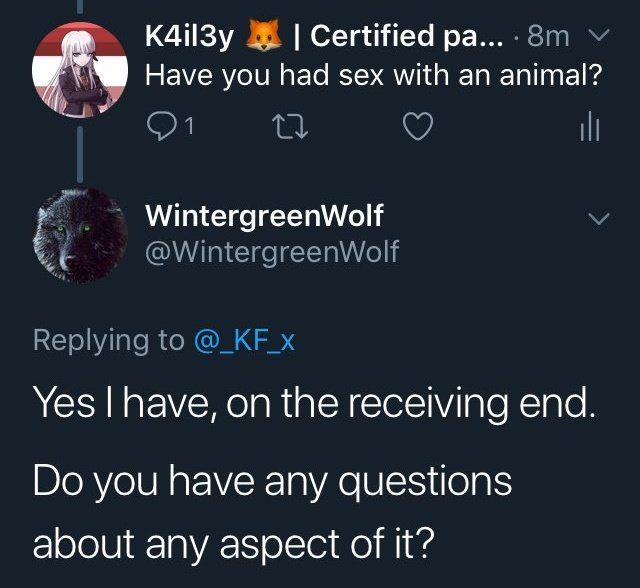 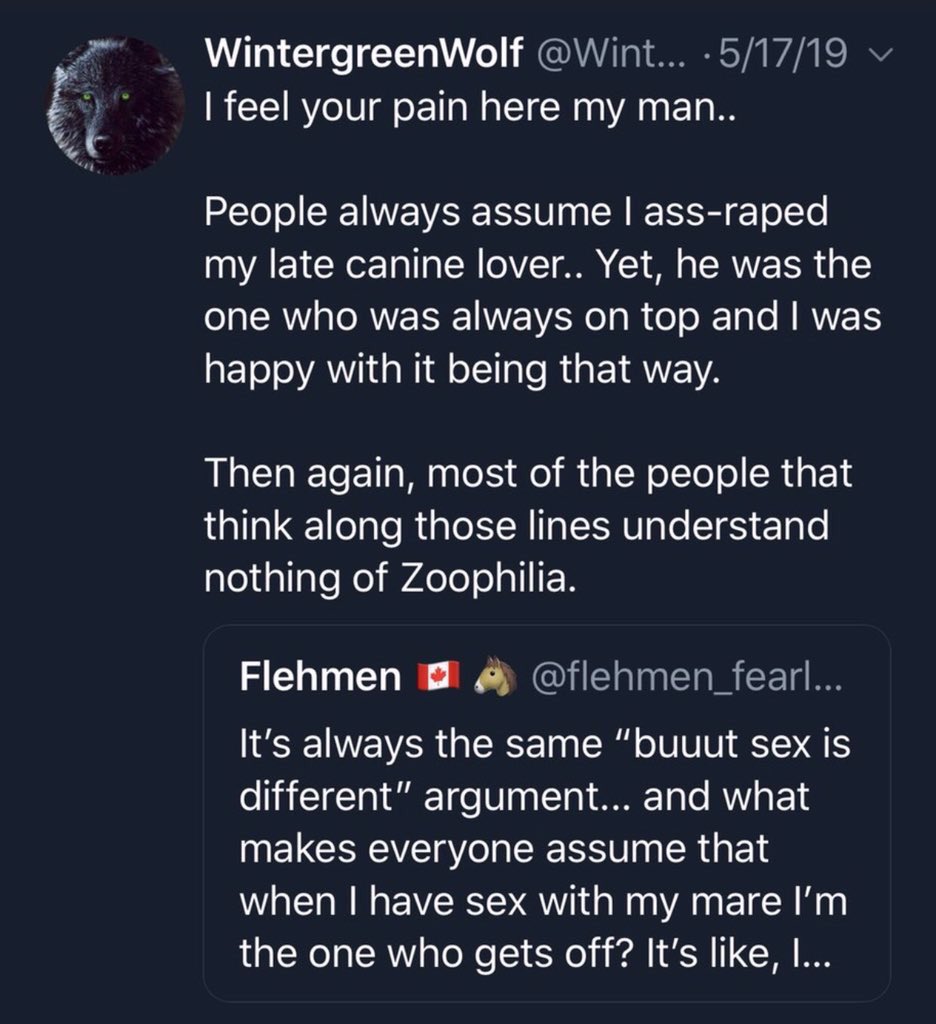 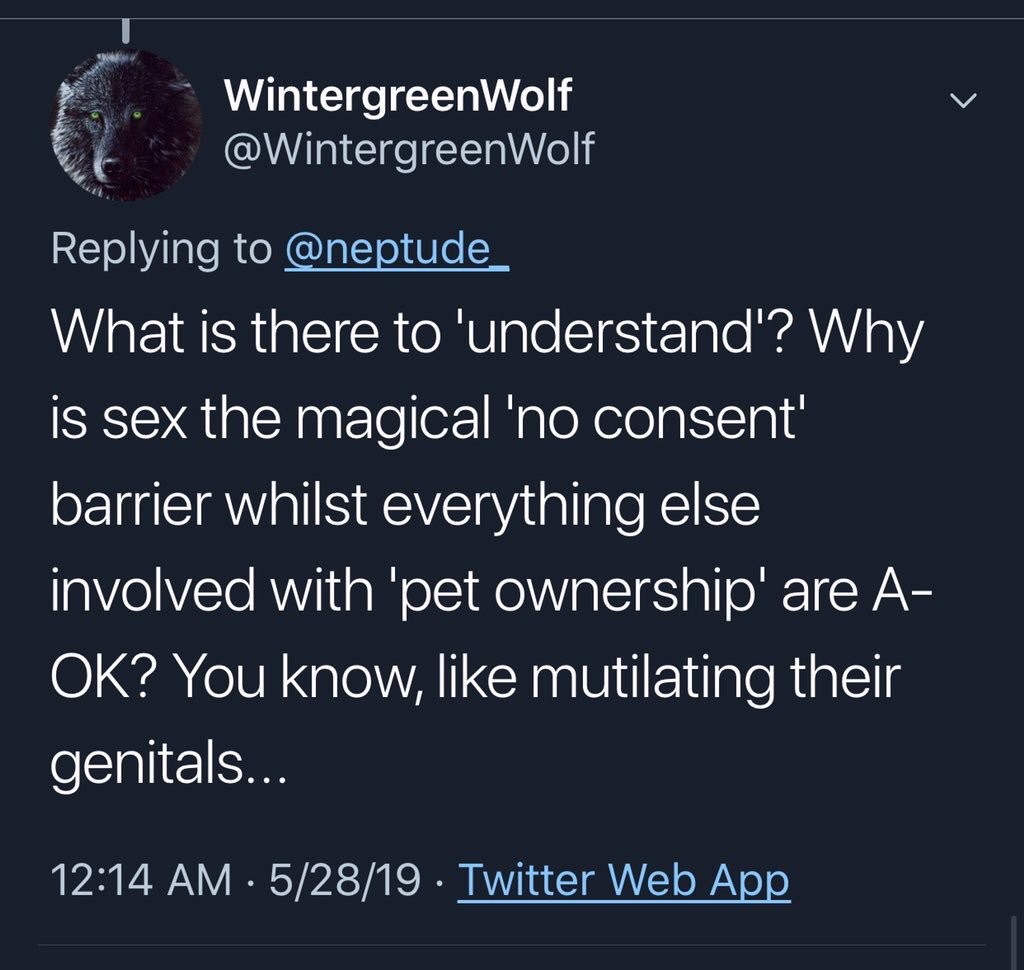 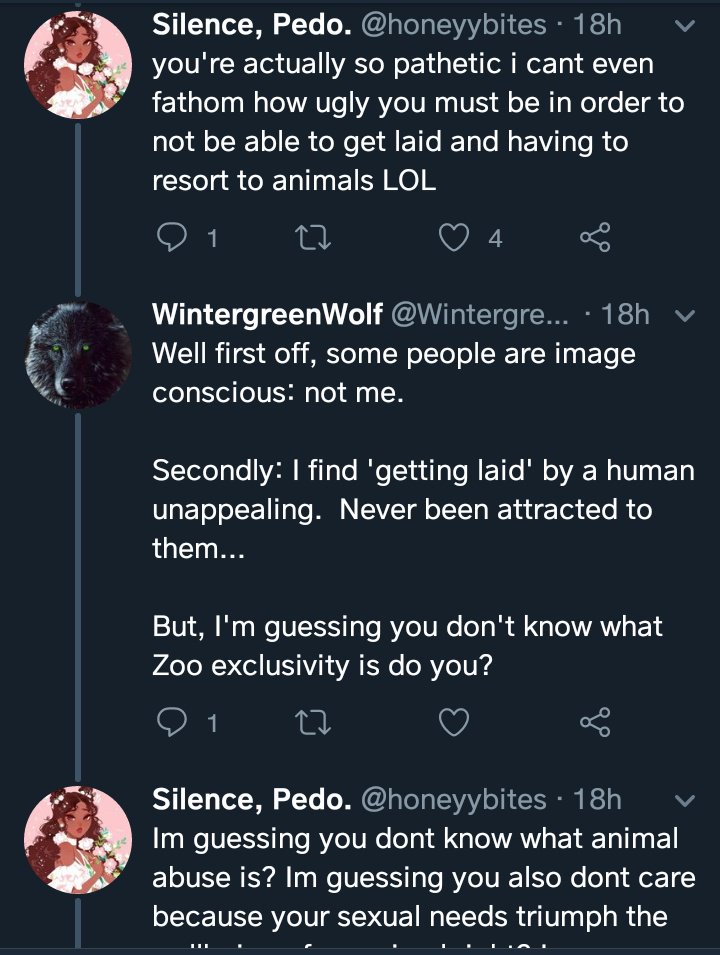 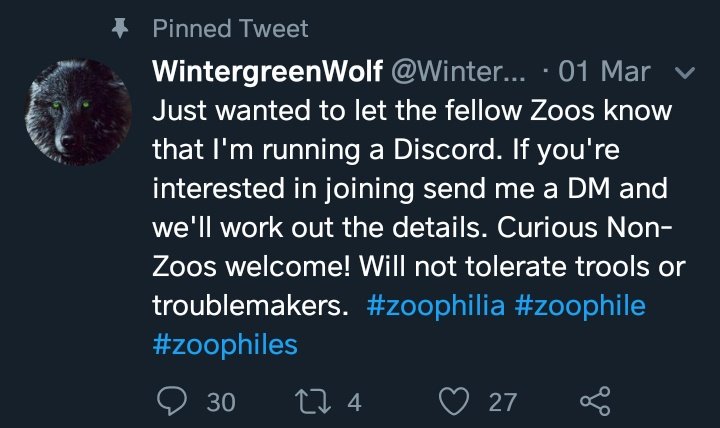 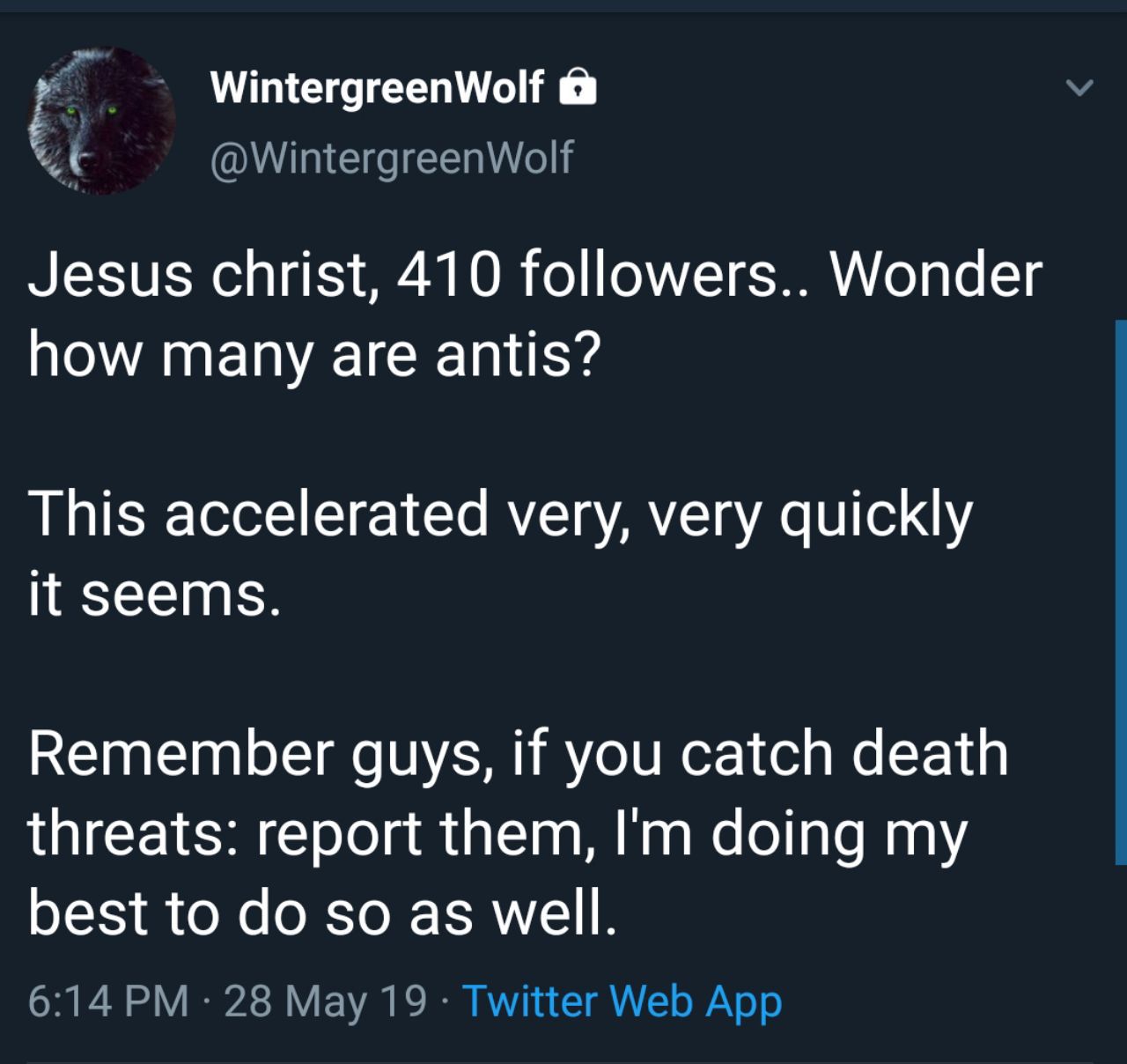 Where the hell is John Wick when you need him?

You’ve even got these other zoophile freaks sticking up for him: 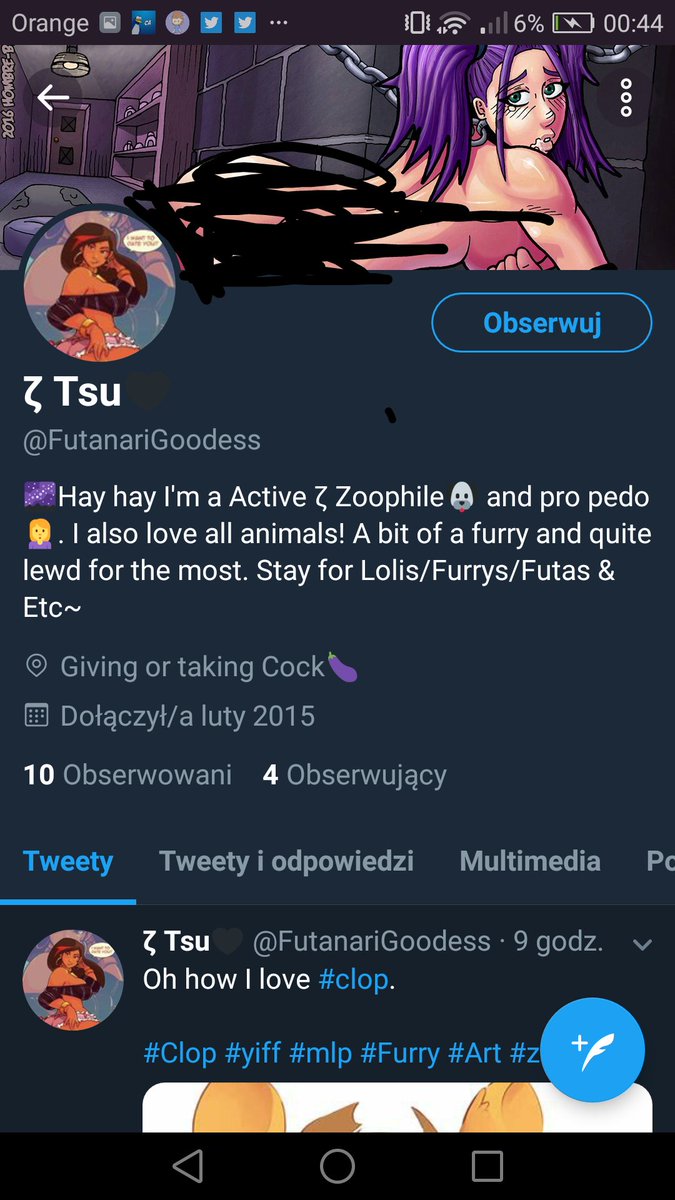 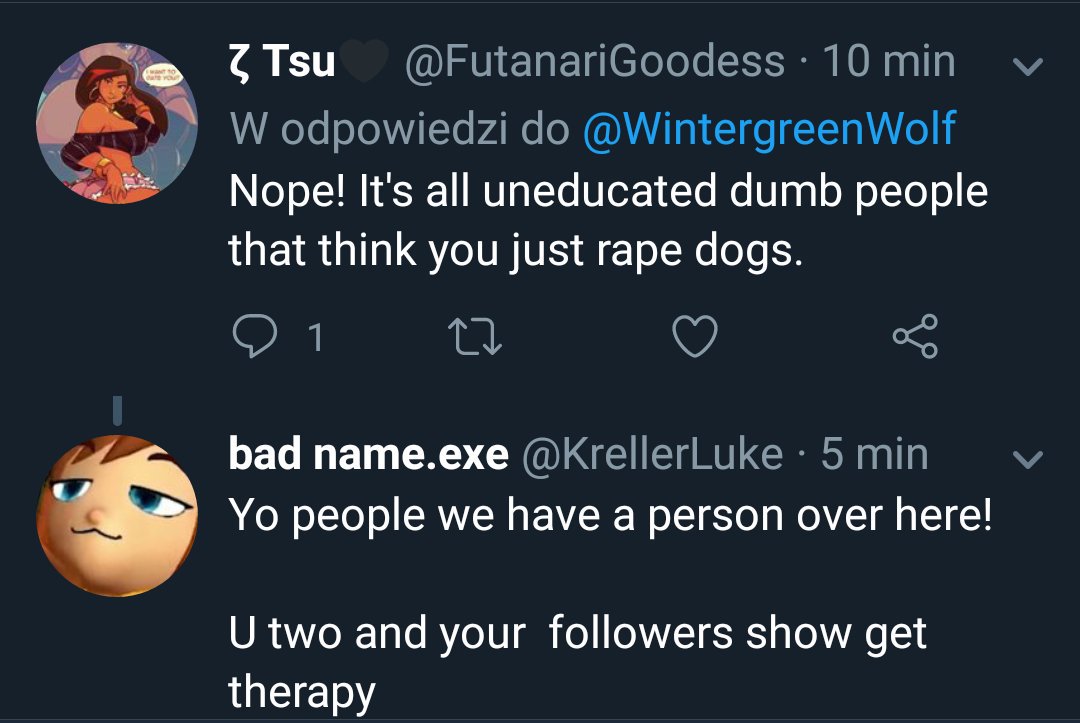 But most of the responses, as you might imagine, have been along the lines of this: 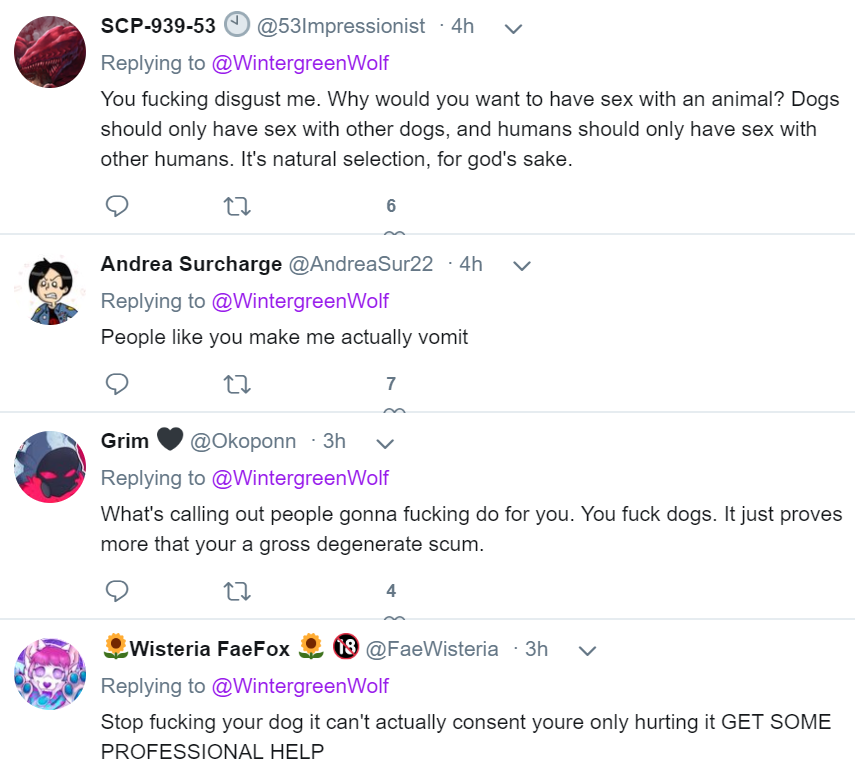 So yeah sorry to share all this but if you’re on Twitter take a second to report this guy because this shit should absolutely not be normalised. Pretty amazing that his account is still online TBH.

I mean there are people out there who would actually love for a ‘Z’ to be added on to the end of LGBTQ and to count zoophilia is a legitimate sexual preference. As it stands it’s a disorder and should be treated as such – let’s keep it that way.

Keep him well away from these rare green puppies too.