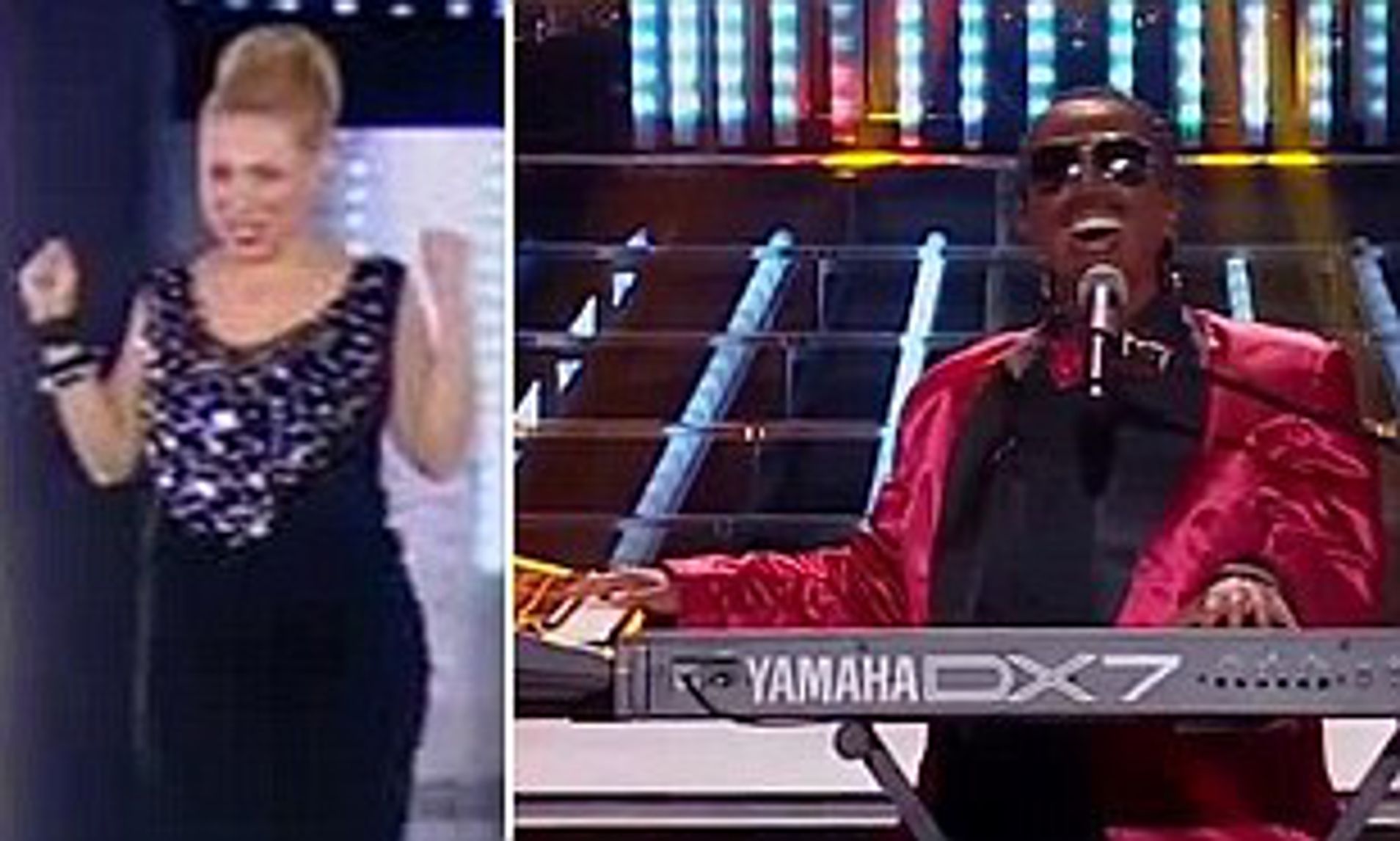 Remember Stars In Their Eyes? It was on on Saturday nights and would feature some sad looking guy from somewhere like Rotherham dressing up as Alvin Stardust or something and then attempt to do his best karaoke version of one of his songs. Doesn’t sound like much but it kept me entertained for a whole bunch of years when I was growing up, although I imagine it probably wouldn’t’ stand up too well against things like X Factor and Britain’s Got Talent these days.

Apparently the show is still pretty big in Greece though and that’s where we’re headed for this next article. As part of Stars In Their Eyes, the contestants would always dress up as their heroes they were impersonating, but you’ve really gotta draw the line somewhere with just how you can impersonate someone without it being a train wreck.

This doesn’t seem to be an issue over in Greece though where we see a white woman announce that she’s going to be appearing as Stevie Wonder and well, the results are about as horrific as you can imagine:

Jesus. I thought it was gonna be bad when she came out on the stage in black face but boy did it get even worse when the guy had to escort her to the keyboards and then she started going crazy to the music. I mean it’s a pretty good impression but I don’t think anyone would ever actually think that it’s that cool or impressive to do an impression of a legitimate blind person – that’s just something you don’t do, right?

And it’s kinda ingrained into you at a very young age that you don’t do that either. I guess things are different over in Greece but man this probably has to go down as one of the most ill judged karaoke routines of all time. She didn’t even sound that much like Stevie Wonder either.

(I actually just did some research on this and it’s even weirder because the woman performing is actually some really famous Greek pop star – or she was in 2013 when this actually happened – and her performance won performance of the night. What the hell are they all drinking over there?)

For more of the same, check out what Stevie Wonder has to say about Donald Trump. Pretty sensible stuff.