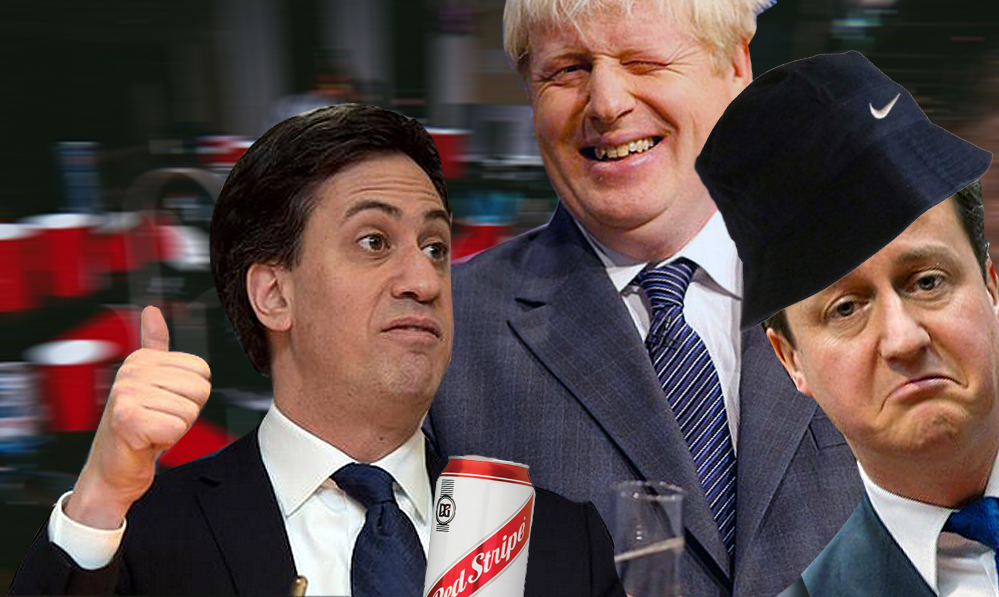 There’s a reason that you never bump into the ham-faced prime minister, his yawn opponents or his equally-snore cronies when you’re out partying every weekend; it’s mostly because they’re too boring to ever get an invite and definitely not because they’re too busy living their pompous lives in their overly excessive homes bought using the money they saved whilst avoiding paying their taxes or from awarding themselves unjustifiable bonuses.

Recently we compiled a list of characters you meet at every house party and politicians never made it on there due to their lack of fun ethic, although we imagine a few could be filed under a combination of the edgy conversationalist, the nerd and the preppy prick. We’re pretty sure that a few would make it into the early puker category too, after anxiously downing their three thousand year old rare Claret in order to pluck up the courage to mingle with the commoners.

Despite typically being the particularly posh human embodiments of everything that’s wrong with Britain that are consistently out of touch with the general public, not all the UK’s big boss politicians would react the same way when faced with a classic drug-fueled mass hangout situation. We’ve spent the last couple of days imagining which political party would reign supreme at an actual party, whether any of them actually have a vague shred of skill in the social department and who would be most likely to start a fight so be sure to read on to see what we reckon could potentially go down if this massively unrealistic situation were to ever actually happen. 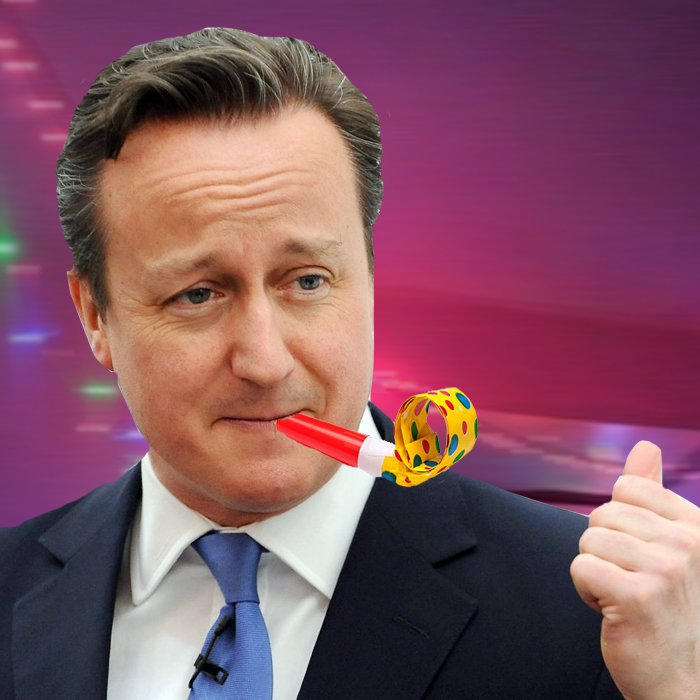 Our not-so-beloved Prime Minister would spend the whole time at the party doing what he does best: avoiding. As well as turning a blind eye to tax avoidance we’re sure that by now we’re sure that you’ve seen his stubborn walkings-off after TV interviews in order to escape any difficult follow-up questions.

In our pretend politician-attends-house-party scenario you’ll be sure to see Cameron flit from room to room, promptly changing locations any time someone asks him a personal or political question yet stopping to pose in selfies with anyone who’ll take one in a desperate bid to seem personable.