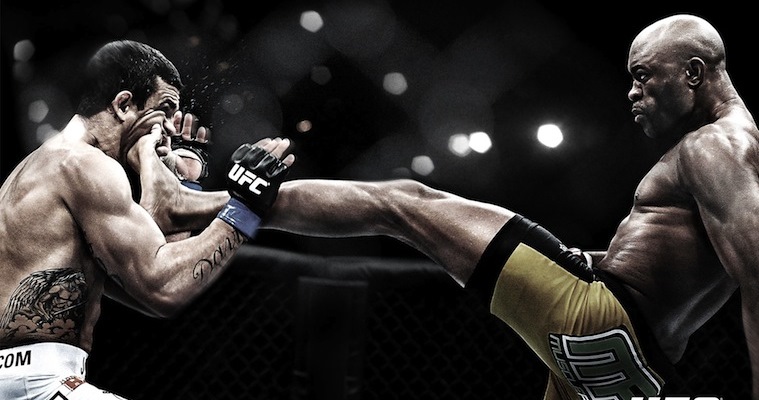 Check out Vaughn Govia nearly kick Miguel Saenz’s head into the crowd with a vicious round house kick.

Let this video serve as a friendly reminder that it’s important to keep your guard up at all times when competing in mixed martial arts, or in general when engaged in physical confrontation with someone who has the ability to roundhouse kick you in the face.

This lightweight match between Vaughn Govia and Miguel Saenz took place last week at the South Texas Fighting Championship’s Bad Blood event and lasts all of five seconds. That’s because the latter forgets the aforementioned golden rule about protecting your head, allowing Govia to hit him with a powerful kick to the face that nearly spins Saenz off the planet. He then catches him with a short jab that sends him plummeting to the canvas in defeat, his body all rigid and feet spasming in shock.

Quadruple Kung-Fu Kick That Will Destroy You

It’s an embarrassing loss not only because Saenz was still fresh enough to have blocked it, but because the sound it makes sounds like he got bitch slapped by Govia’s toes.

It’s a great knockout anyway. Check out the vid: