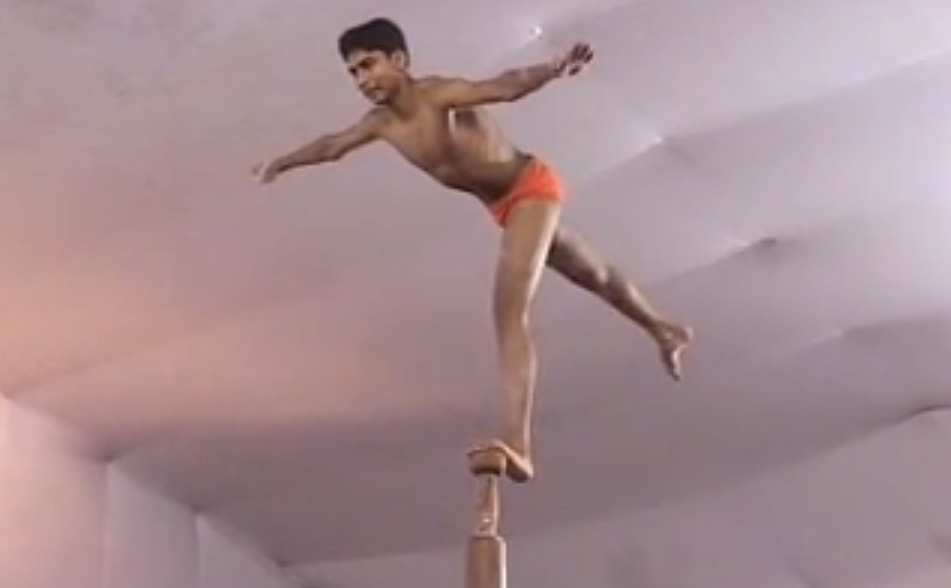 Normally when you think about pole dancing, you’re completely hammered in some seedy strip club in Shoreditch, putting a pound in the pot and hoping that this next dance might actually excite you, or at least disgust you enough that you finally get up and leave.

Whilst I don’t doubt that those pole dancers are skilled professionals, they’re absolutely nothing on this young Indian boy performing a pole dancing routine that is literally out of this world and like nothing I’ve ever seen before. No, that isn’t just because it’s a guy doing it, it’s because he pulls out some moves that are more likely to be associated with the WWE or the circus rather than your local seedy strip joint.

You’ll literally have a heart attack about three times watching it because some of the stuff he’s doing is so dangerous and out there that you’ll think there’s no way he’ll actually be able to pull it off. But somehow he does and it’ll blow your mind – even more so than this pole dancer auditioning for a Rihanna video, who also has some serious skills.

I guess it must be from kind of championship over there because there’s a crowd and everything. Considering this video is taken from back in 2005, I dread to think what people are doing in it now.