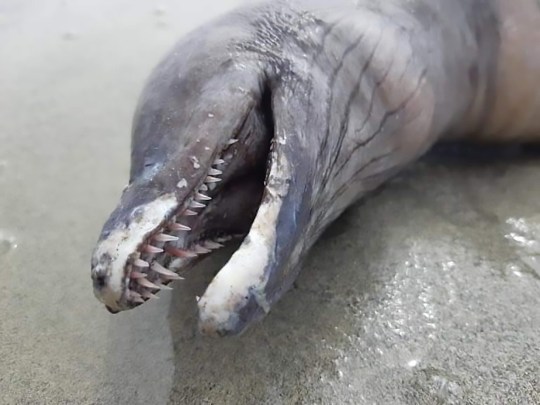 I often think about how creepy and messed up the bottom of the ocean is with all the weird looking creatures that live down there and here we’ve found another one to further illustrate this point after it washed up on a beach in Mexico.

The freaky looking animal has no eyes and the head of a dolphin and the tail of a tadpole and was discovered by locals washed up on the Destiladeras beach on the Pacific coast of Mexico. Locals thought that it was a dolphin when they saw it on the beach, but once they examined it further they realised that they had never seen anything like it before ever. 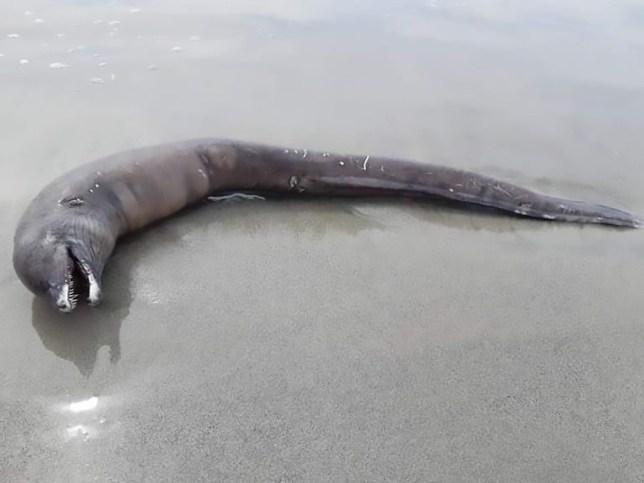 Not really sure if they’re going to be able to do anything to determine just what it is, but there is some speculation that it came from a marine area that is almost 1000 metres deep in nearby Puerto Vallarta. There’s so many messed up and horrific looking creatures at the bottom of the sea that it wouldn’t surprise me if this one was situated down there as well. Looks like he would fit right in.

For more of the same, here’s a whole list of terrifying creatures that you find near the bottom of the sea. You’re welcome.