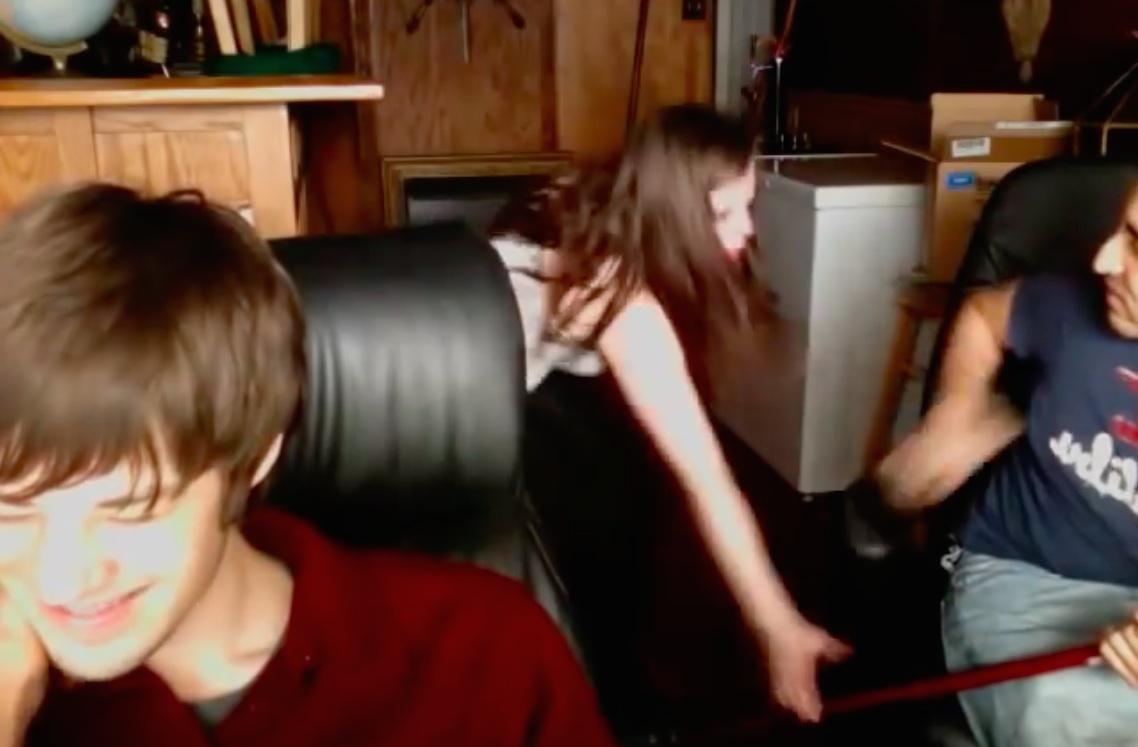 A video has emerged online whereby a guy set up a secret webcam in order to film his buddy’s insanely abusive girlfriend.

Obviously I don’t know too much about the background of their relationship, and like she says, the boyfriend might be a bit lazy. However, that is no excuse for the fact that she bitches at him, kicks him and stamps on his phone, while he’s just sat down acting totally chill.

Yeah, if I was that guy I’d be out of there after the first time she kicked off like that. Pro tip – if you need a broom to defend yourself from your girlfriend, you probably shouldn’t be with her.

For more of the same, check out this poor guy who was forced to route through his bin in order to prove his loyalty to his girlfriend. Sometimes you’re better off being single.