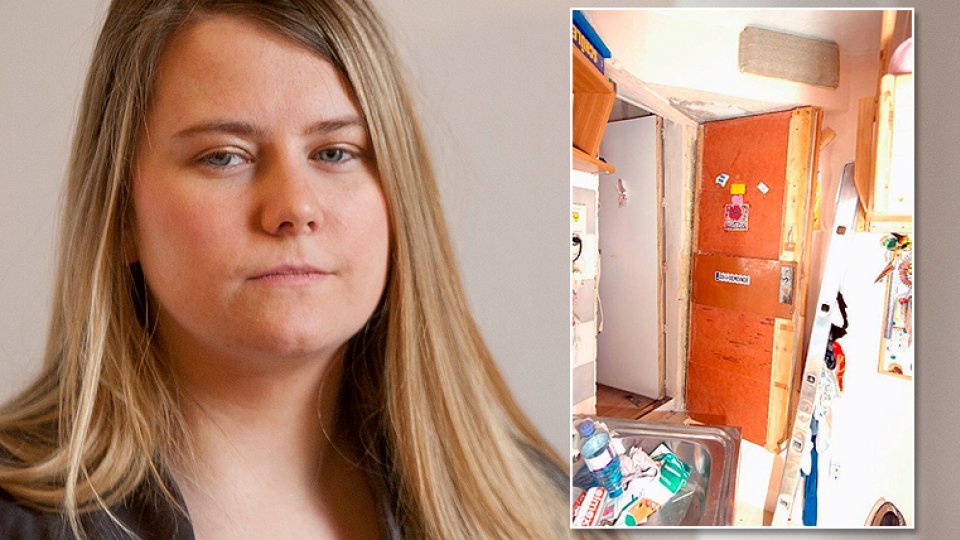 If I was kidnapped by someone and held as a sex slave in the basement of their house for eight years, then chances are that I wouldn’t want to buy that house and live in it after I had finally escaped from there.

That doesn’t seem like a problem for Natasha Mapusch though. Despite being kidnapped at the age of 10 and repeatedly raped by Wolfgang Priklopil, upon escaping she found out that she had inherited the house in Priklopil’s will – he committed suicide shortly after she managed to get out. Instead of selling the house though, she decided to keep it and live there herself.

Here she explains why, while giving a tour of the creepy place:

It’s important because I don’t want to have false people in this house.

I don’t want to have a kind of theme park in here.

I’ve become cautious and protective of the house after people started to doubt my story.

They want an ongoing story. They have no conscience.

I wanted to destroy the house but I’m not allowed because there are many bureaucratic hurdles.

The secret of my survival was that I forgave the perpetrator and [found the] strength and hope that maybe I can free myself in the future.

I convinced him that I had fallen in love with him and he would sometimes let me go outside from the dungeon.

He had two parts in his personality, I call one part the dark side, and the other part the bright side.

Yeah, it sounds horrible. I can kind of see her point about the house and the fact that someone could buy it and turn it into a museum or whatever – I mean nobody is going to buy it to move in and live there, are they? – but I still think it’s kinda weird for her to be living there. Still, I don’t know what it’s like to be trapped somewhere for 8 years so she can do whatever she wants with her life now and I’m not going to judge after she’s gone through all that.

For more tours of creepy places, check out these 17 creepy old photographs. Nobody knows what’s going on with them.