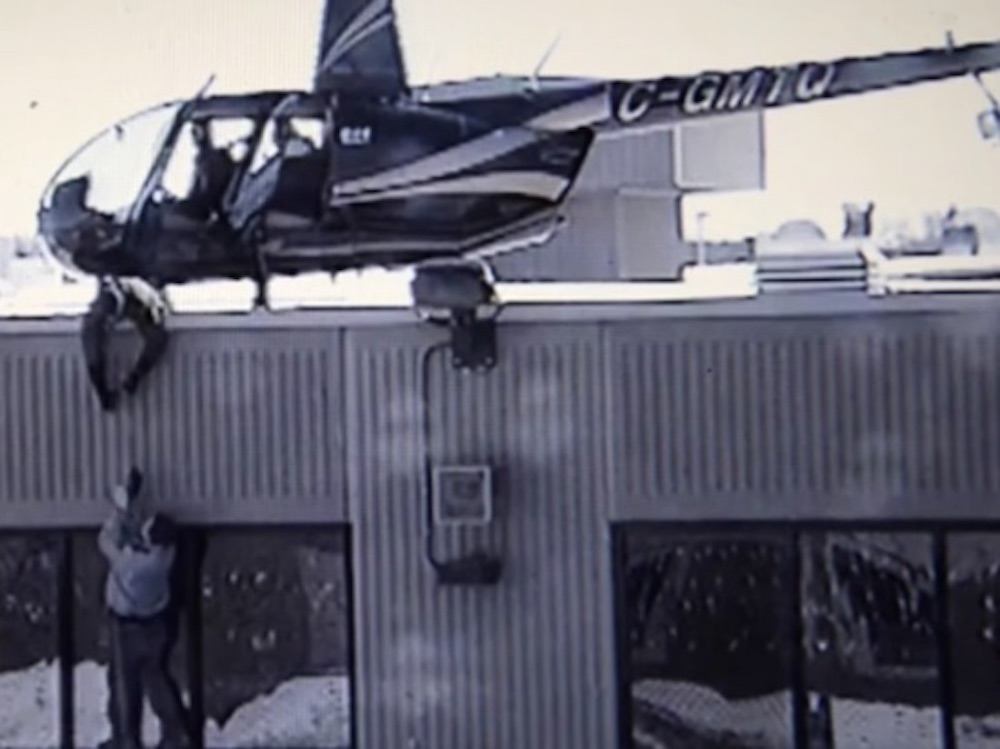 This is one of the most bad-ass things I’ve ever seen.

Back in 2013, a Hell’s Angels sympathizer named Benjamin Hudon-Barbeau and his buddy Danny ProvenÃ§al escaped from a detention centre in Saint Jerome, Quebec in absolutely spectacular fashion when two accomplices hijacked a helicopter and flew over to the jail to pick them up by a dangling rope.

Footage of the escape has been released for the first time this week as Hudon-Barbeau is currently on trial for a series of offences that occurred during a drug turf war following his escape. The video was shown to establish him as a career criminal.

It’s far from as spectacular as it sounds though, as the majority of the six minute video is the two inmates desperately trying to climb up a rope to the roof of the jail where they can board the helicopter and escape. Unfortunately it seemed they had been skipping arm day in the prison gym as neither of them can get anywhere near the top and eventually have to give up and just fly off holding onto the rope dangling below the helicopter.

That part is kind of cool but I kinda expected one of them to fall off as the video was finishing. No such luck:

Unfortunately for the two men, hanging onto a rope from a helicopter wasn’t really worth it as the cops managed to catch them a little under six hours after they made their daring escape. Unlucky.

They should have just used this guy’s technique to get out of a prison cell in 30 seconds.