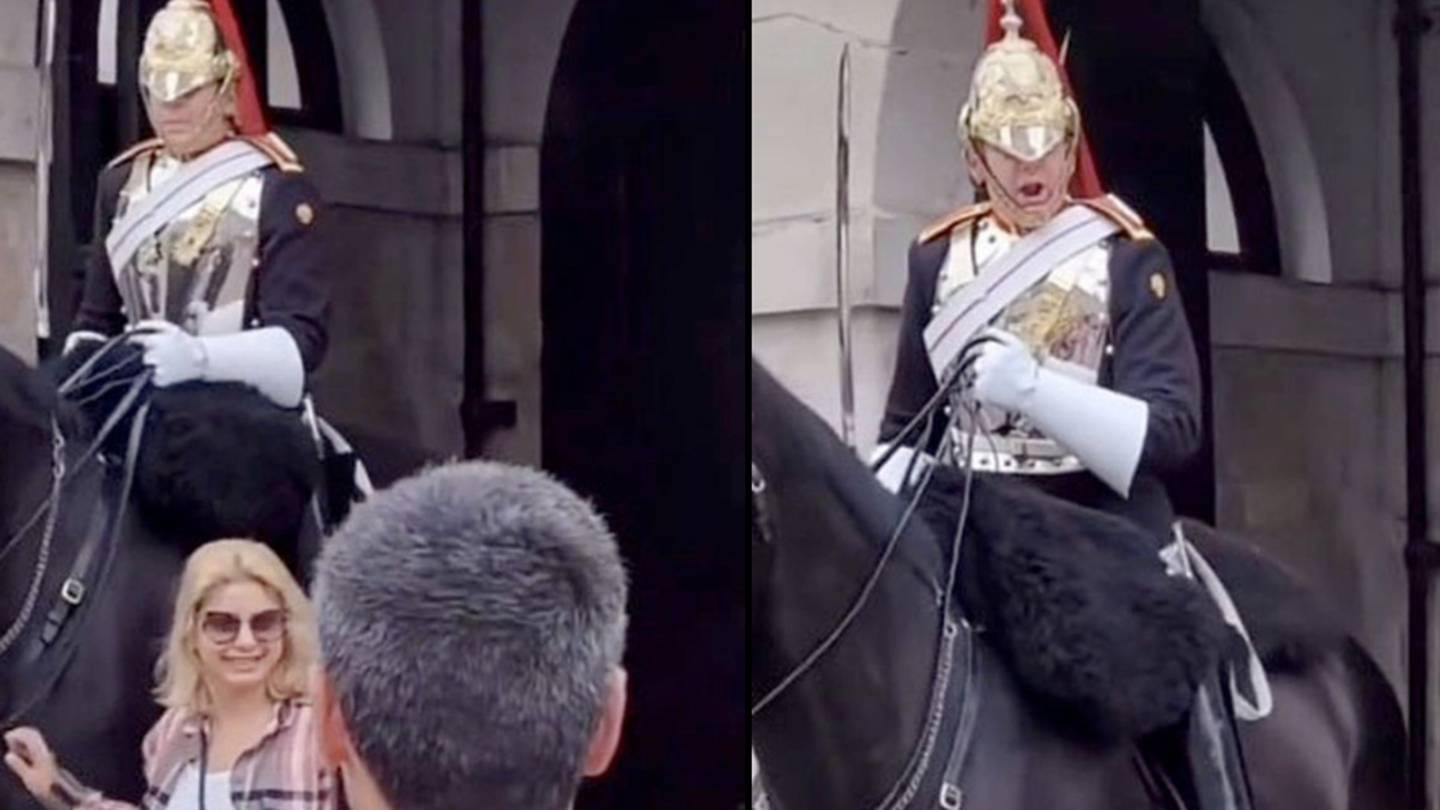 I’ve always thought that you would have to be a complete and utter weirdo to be one of the Queen’s Guards because all you would do all day is stand around Buckingham Palace being completely and utterly still and if this video is anything to go by, then it looks like I’m right.

The video comes courtesy of TikTok user phigs who was filming his step mother visiting London and trying to get a picture with one of the Queen’s Guards. What should have been pretty easy actually ended up being anything but as the guard completely lost it when she touched the reins on the horse and screamed at her like absolutely nobody’s business.

Jesus. That was actually pretty horrible wasn’t it? I don’t think I’ve ever seen one of these people react like this so I suppose you could argue that he was releasing years of pent up aggression in that outburst, but even so I think it’s a bit much. What an absolute freak. So glad I don’t know anyone that does that job.

For more of the same, check out this other dumb tourist finding out why you don’t mess with the Queen’s Guard. The clue is in the name idiot.