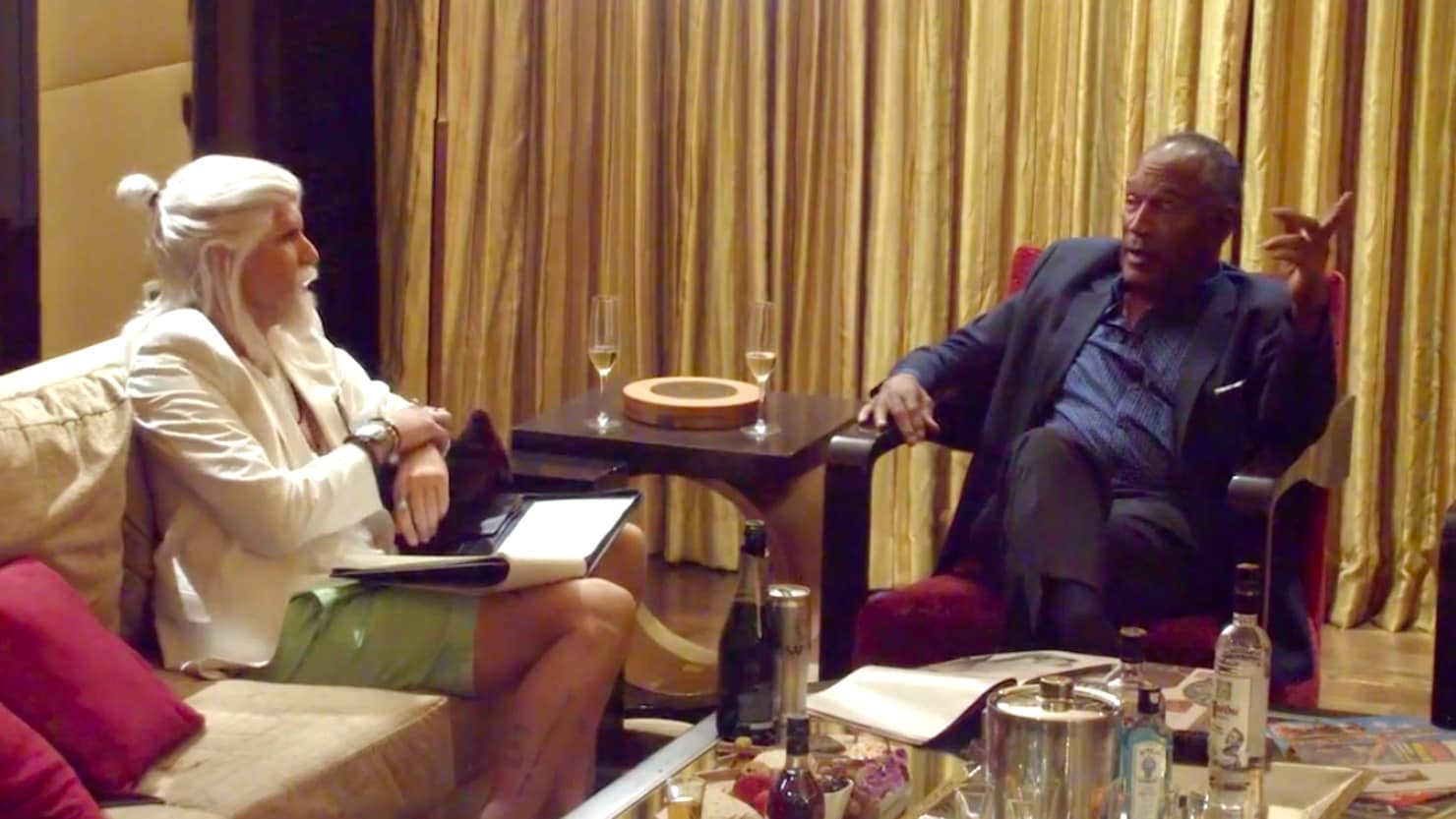 Sacha Baron Cohen has really been smashing it out of the ball park with each episode of ‘Who Is America?’ and they seem to be getting better and better each week with this week raising the bar once again.

Everyone knows who O.J. Simpson is – whether you remember the original trial or just watched it through the TV show last year – and so everyone knows that it probably isn’t a good idea to ask him about the death of his ex wife or whether he actually murdered her. So of course that’s exactly what Sacha Baron Cohen – dressed in  a white suit with a huge white beard as Italian photographer/billionaire Gio Monaldo – proceeds to ask him in one of the dumbest interviews of all time.

I’m sure you can guess how he reacts to this:

I mean OJ reacted a bit better to that then I would have expected him to, right? Seems like he just agreed with everything and laughed it all off. Not sure if it was supposed to be a hidden camera/behind closed doors thing so he was just trying to suck up to Gio for the sake of some kind of business venture or something and that’s why he acted like this, but he seemed remarkably calm considering how much Sacha was taking the piss out of him there. Pretty suspicious but I guess he’s had a lifetime of it so maybe he’s learned to just be cool about it, even though it’s ridiculous subject matter? Shrug.

Unfortunately that was the last episode of Who Is America last night so we won’t be getting any more of these scenes any time soon, but you can relive some highlights from the series here. Well worth watching.