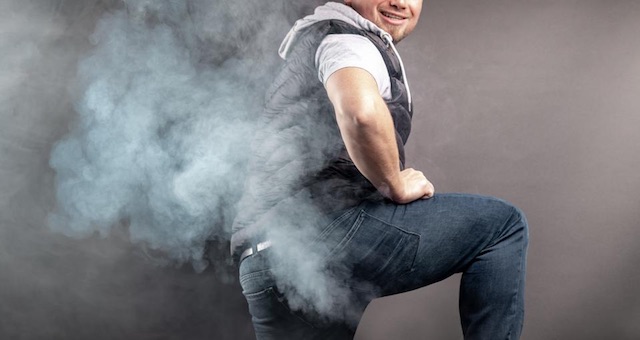 I don’t think there’s ever an occasion when someone letting out a massive fart isn’t really funny – come on even when you try and act grossed out by it everyone knows that you’re just laughing – but maybe it isn’t that cool to scare old women by farting?

Lol who am I kidding of course that’s funny as well. Sure, I can understand an argument where it isn’t cool to scare old ladies because they’re frail and weak, but when you see this video of a guy farting and scaring one of them then you’ll also understand that it’s still really funny as well.

Actually that does seem quite distressing for that woman there and the fact it’s happening at night makes it a bit more suspect, but it’s still really jokes that this guy is going around his neighbourhood and farting into people’s windows to scare the shit out of them. That’s a really strange flex but also sorta awesome as well?

For more of the same, check out this study that says smelling farts makes you live longer. Maybe this dude is trying to do everyone a favour?