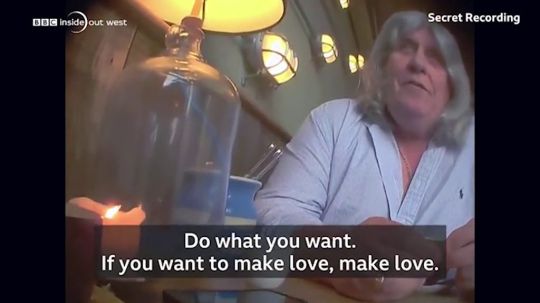 As time progresses and rent increases ever upwards, the issue of landlords bringing up the idea of sex with their tenants in exchange for free rent has become ever more common.

You might think that’s completely outrageous – and to be fair it is – but the BBC have actually managed to get a couple of landlords on film talking about this so there’s no real denying that this is actually happening in this country right now. These guys are both from Bristol and said that they would cover rent, bills and expenses if they could sleep with a girl at least half of their age at least once a week.

Here’s the video and you can read what they said about the ‘deal’ below too:

The room, the rent, all the bills, everything paid for. And I’ll even give you an allowance every week so that you feel that you’re looked after.

The benefit is that you sleep with me once a week.

Yuck. If you think that was gross though, it’s only the tip of the iceberg as people are also regularly posting adverts like the ones you can see below on Craigslist as well. The advert is included here but there’s also a whole lot of text that was obtained after a BBC reporter emailed in asking for details:

Hi! I’m a 35-year-old male, fairly good looking. I have my own house with a spare room available.

I am looking for a female lodger, possibly rent free, depending on services offered. Please reply with pic and a bit about yourself, thanks.

I have a high sex drive, and am very adventurous and have no limits. Therefore (and this has worked over the last year) I am thinking of a couple of evenings a week where you surrender to me.

You must like sex, and be adventurous as well. On the other nights of the week, we would be like any other people sharing a house.

I mean I suppose that sounds like a pretty good idea for the right person – and it’s been going on for a year or so and working apparently – so maybe it isn’t that gross/weird that he’s advertising for it on Craigslist? It does seem kinda a bit off to me though. Maybe not as creepy as that landlord earlier though because he’s being up front about it but still really freaky. I guess that’s just the world we live in these days though.

For more of the same, check out this guy doing it again back in January. The problem is getting worse.