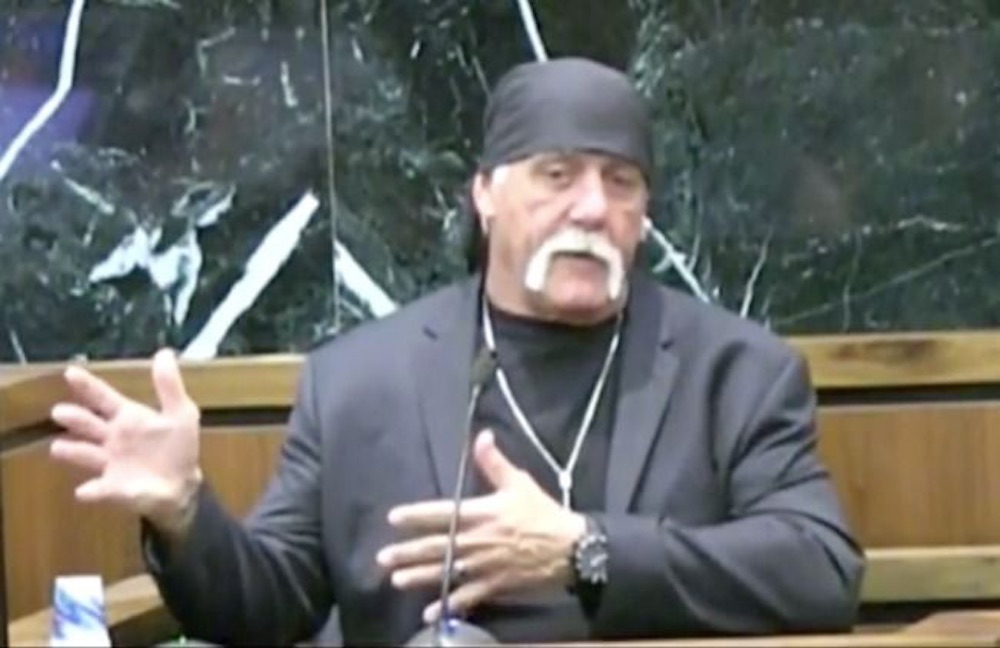 We told you yesterday that the Hulk Hogan sex tape trial had started off stupid and was likely to get stupider, and that’s exactly what happened less than 24 hours later when Hulk Hogan testified that his penis was smaller than rumoured.

This came about because Gawker lawyers were arguing that Hulk wouldn’t actually have been that angry or embarrassed about a sex tape of his being aired in public because he has a massive dick. As evidence of this, they provided a radio promo where he claimed that he had a ten inch penis.

When asked about this, Hulk was quick to say that the promo wasn’t talking about Terry Bollea (his real name), but was talking about the character of Hulk Hogan. And that was because (unfortunately), Terry Bollea doesn’t have a ten inch penis.

Watch the video where Hulk has to explain that his character’s penis size is different to his actual penis size (lol never thought I would have to type that) in the clip below:

Well, there you go folks. I guess wrestling really isn’t real on a number of levels and this is the final proof of it.

Having said that, don’t ever let a wrestler hear you say that as they’re likely to react like this.