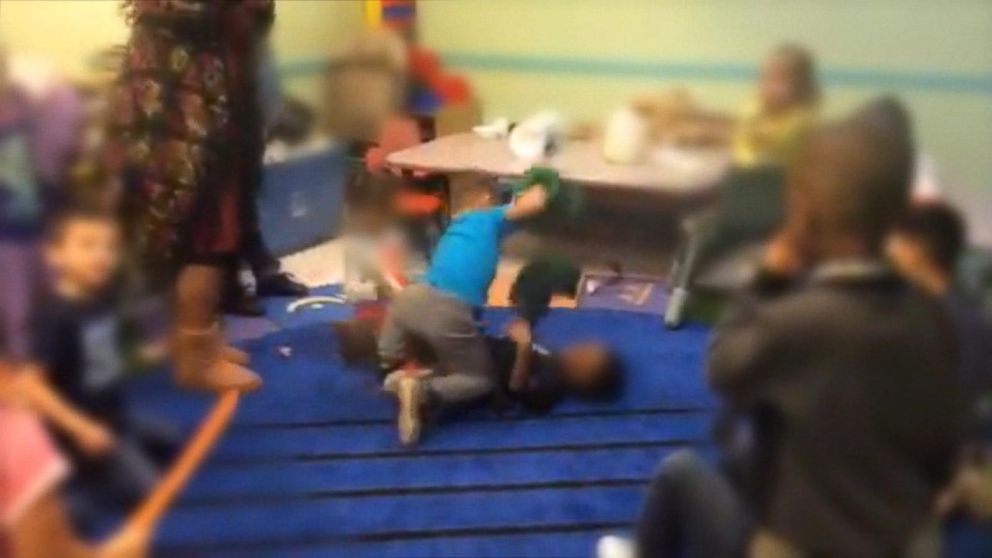 This is actually pretty brutal.

When I think I’ve my time in pre-school, I can’t really remember it but I think it consisted mostly of naps and maybe running around in the playground – it certainly didn’t involved being pitted against other toddlers in vicious MMA style fights at the behest of the teacher though, that’s for sure.

This is apparently how some pre schools are operated now after shocking footage emerged from Adventure Learning Center in St. Louis, Missouri. Mother Nicole Merseal is now suing the school for $25,000 after explaining how her 4 year old child was left traumatised by the event and when you see the footage you’ll probably understand why:

He doesn`t understand why his friends were fighting him – why he was beaten up by his best friends.

And it was on his 4th birthday.

When we chose a new daycare for him and he started going he asked me in the car if they were going to make him fight.

I want them to be held accountable and I don’t want this to happen to any other child.

I mean yeah when I flicked onto that video I didn’t really to actually be freaked out by it but damn is that kid with the green Hulk glove nailing that other kid. It’s so vicious that other kid has to run in and try and stop him, but he just shrugs them off and keeps pummelling the original guy. It’s like an actual MMA fight right there.

Also love how the teacher seems to be getting really excited when the fight is kicking off, like she’s actually pumped that they’re getting so into each other right there. Needless to say, both of the teachers who were responsible for this have now been fired despite their excuses saying that the kids were bored and they didn’t have anything else to do. Sure you could have just played hide and seek or something instead of encouraging them to ruthlessly beat each other up guys, just saying.

For more of the same