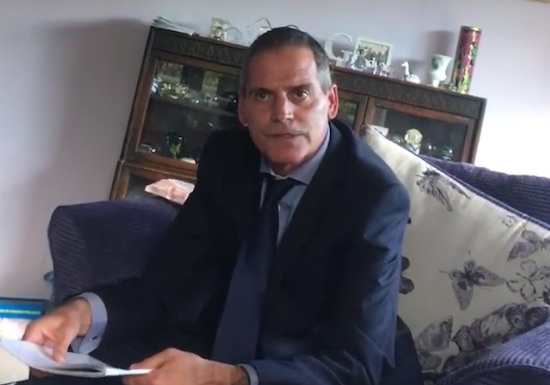 One of the main worries you might have about getting old is that your brain won’t work properly and people will easily be able to take advantage of you in multiple ways. If that ever happens to you then you had better hope that you have a son like the guy in this video.

A sleazebag named Mark Gibson from Zenith Windows had cold called the dude’s mother and pounced on her when she stated that her door handle wasn’t working. He spent two and a half hours with her coaxing out a £6000 payment for two doors that she didn’t even need and was probably pretty happy with himself after that day’s work.

Unfortunately, he didn’t reckon with the woman’s son, who came over the next day and absolutely ripped him a new one about his conniving ways and filmed the whole thing. Watch the rat squirm:

Ouch. Not really sure why he stopped filming that as it was completely awesome and it was only going to get better as Mark tried desperately to justify his actions without really being able to at all in the slightest. Pathetic, would have liked to have seen even more of it though to be honest.

Be careful and watch out for these scumbags. And if you are one of them yourself then do everyone a favour and fuck off.

For more conmen, check out this guy who used Tinder to con women out of £18,o00 pounds. Wasteman.