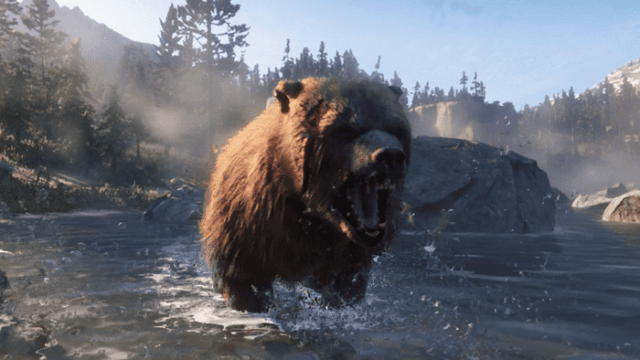 One of the major upgrades that Red Dead 2 has over its predecessor is the ability to play the game in first person mode and one aspect that this improves phenomenally is when you get attacked by bears. These incidents weren’t uncommon in the first game, but having the ability to now experience them in first person means that there’s some next level Revenant kinda stuff going on now.

Get a load of a few of these videos – there are already a whole bunch of them on the internet:

Geez that is scary. I can imagine being at home and just desperately bashing my pad and screaming as I try not to get eaten by that monstrous bear. Fortunately, the guy playing the game managed to get out of it this time, but I bet that there are many, many people out there that have been eaten by many, many bears whilst playing this game even though it’s only been out a couple of days. Maybe play it in third person the whole time if you don’t wanna get too freaked out by stuff like this.

For more of the same, check out all the locations you can visit in the game. Managed to visit them all yet?