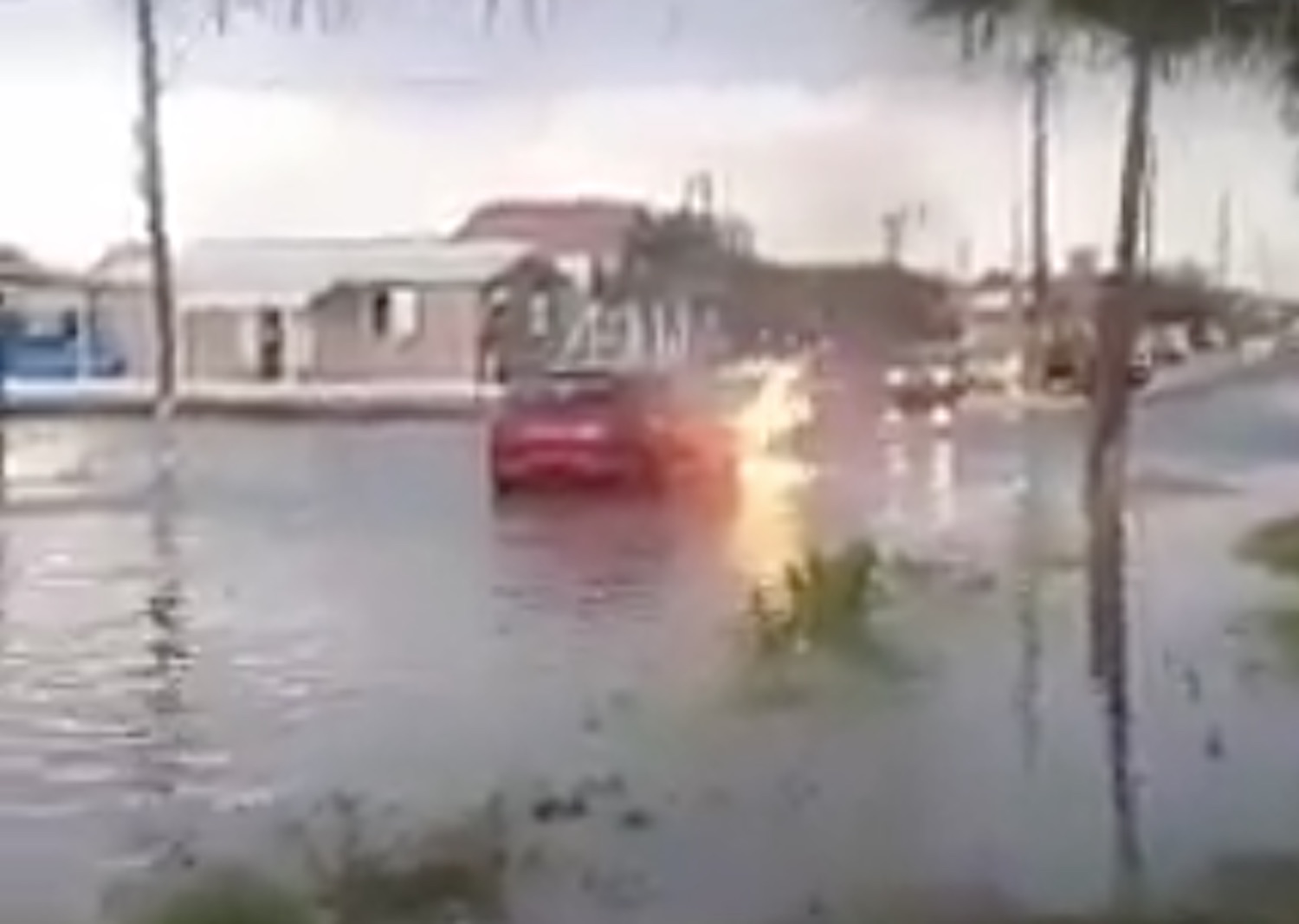 You know how everyone always criticises movies and TV show where there’s a car crash and there’s a massive explosion and everything just blows up massively because it would never happen in real life?

Well, it turns out that it actually does happen sometimes, at least if the video below isn’t some kind of elaborate hoax or prank video. Not sure where it’s from but I imagine it’s probably France judging by the caption, although they’re not speaking French – it’s basically a car driving into a flood and then setting on fire and things getting progressively worse with it until it looks like it’s gonna blow up.

Completely crazy hey? How the hell does it catch fire and then just keep burning even though it’s in about three foot of water and raining. Love that the guy doesn’t even seem that bothered about it and after a halfhearted attempt at splashing water on it just kind of runs off and lets it happen. Can’t actually believe it happened in real life.

For more of the same, check out this woman setting fire to the wrong car when trying to get revenge on her ex boyfriend. Doh.