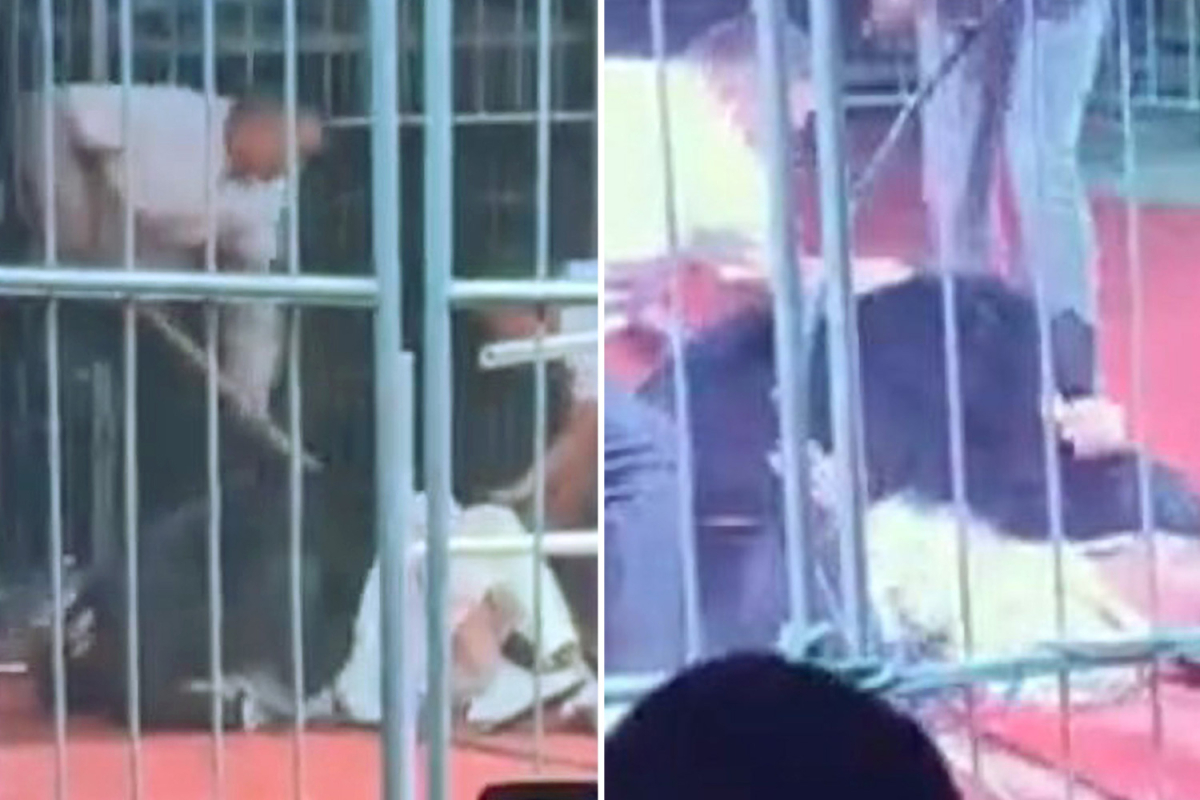 Unfortunately, this doesn’t come without its potential issues and this has been highlighted in the video below where a bear breaks free of its handler and then proceeds to maul one of them repeatedly as other circus trainers desperately try to get him off. The bear isn’t having any of it though and holds on to him for dear life, pretty much refusing to let go whatever they throw at him:

Jesus. Anyone who has played Red Dead Redemption 2 knows how terrifying it is when a bear attacks you in that, so I can only imagine what something like this must feel like in real life. I suppose you can argue that the trainer deserves to be treated like that for keeping the bear in captivity for so long and making it perform all the time, but apparently the pair of them have worked in tandem happily for several years before this incident.

The bear’s owner Li Jun explains why it happened:

The reason it happened is because someone in the audience threw a piece of ham on the stage.

I picked up the ham and did not give it to the bear so it was angry and unwilling to perform.

People should not throw food on the stage during a circus performance.

Our performance animals have no teeth.

We are afraid of accidents so we have been filing down their teeth since they were young.

That’s some respite I guess, but even so it seems like a highly traumatic event for everyone involved, even if the trainer experienced no lasting injuries from the incident.  Hopefully it shines a spotlight on the whole practice though.

For more of the same, check out this guy who didn’t realise ‘The Revenant’ wasn’t real life. Very disturbing.