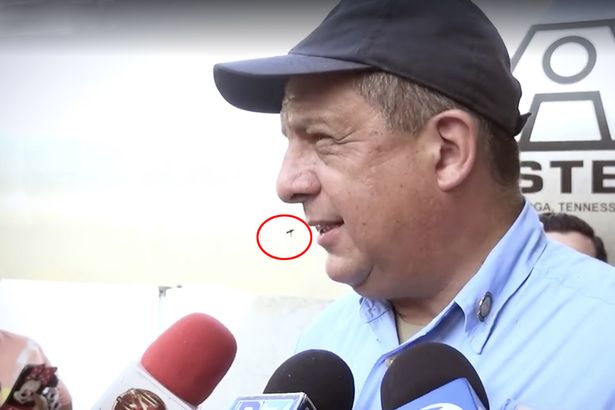 You wouldn’t see May or Trump doing this.

When it comes to badass world leaders, it’s unlikely that the president of Costa Rica is going to get too many mentions in any discussion. That might be set to change after his actions this week.

No, he didn’t end up standing up to Donald Trump or anything like that, but he did do something that would make Chuck Norris proud. In the middle of an interview, Luis Guillermo Solis was talking to the press about the opening of an asphalt factory in the south of the country when a wasp suddenly flew into his mouth.

Did he squeal like a pussy and cry like a baby whilst it stung his mouth? Nope, he merely calmly closed his mouth and swallowed it like a complete and utter supreme badass. Following that, he announced that he had eaten the wasp and continued with the interview.

Solis joked that the footage should be sent to CNN and lo and behold, it was actually caught on camera by a journalist from regional news agency PZ Actual and now it’s going viral:

The dude doesn’t even break a sweat and he even drops a joke in. I think we’ve found Arnold Schwarzenegger’s true successor right here guys. Absolute killer.

For more wasps, check out why you shouldn’t put wasps nests in your vagina. Seems obvious, but some people need reminding.