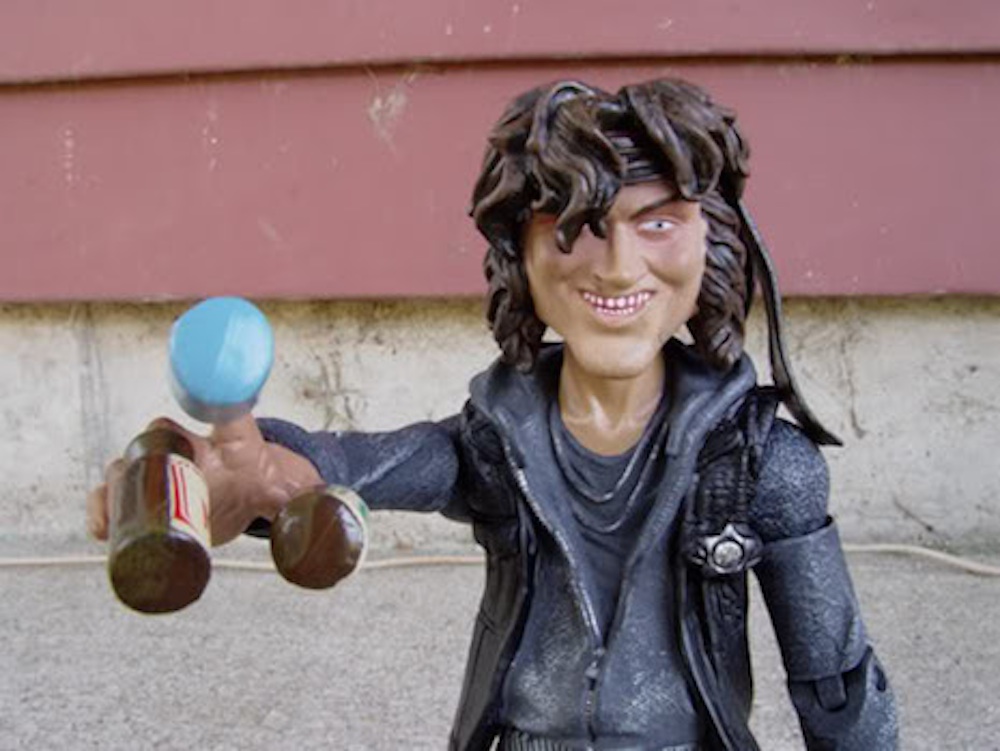 The Warriors was undeniably one of the coolest films of the 70s. If you haven’t seen it then you need to check out this movie about a New York City gang trying to get back home to Coney Island when every other gang in the city is after them immediately because you won’t have seen anything like it ever before. It’s seriously mindblowingly good.

That’s probably why, even 25 years after it’s release, toy giant Mezco decided to acquire the rights to it and manufacture its own set of action figures. In 2005, they released a six piece set of Warriors action figures that really was completely and utterly awesome.

It featured Ajax, Swan, Cochise and Cleon from The Warriors (but sadly no Rembrandt) as well as the villainous Luther and one of the iconic Baseball Furies. The best thing about these figures though was their choice of weapons and accessories, as well as the fake blood that cam with them that made them look especially extra badass.

The Baseball Fury came with two bats – one broken; Swan came with a lead pipe, a spray paint can, a Bowie knife and a switchblade; Cleon has nunchucks, a rumble chain and spray paint can; Cochise has a handy Molotov cocktail, nail board, and can of spray paint whereas Ajax didn’t come with any weapons because he’s a loner duh and loners want to fight with their fists.

Luther perhaps has the best weapons though as he comes with those three bottles he puts on his fingers to clunk together in one of the film’s most iconic scenes. He also has the gun he shot Cyrus with.

As you can see, the action figures are completely faithful to the movie and that makes them completely and utterly sick too. Unfortunately, although they’re not hard to track down, you’re going to be parting with a lot of cash if you decide to pick one up. Probably worth it to have one of these dudes on your mantlepiece though. 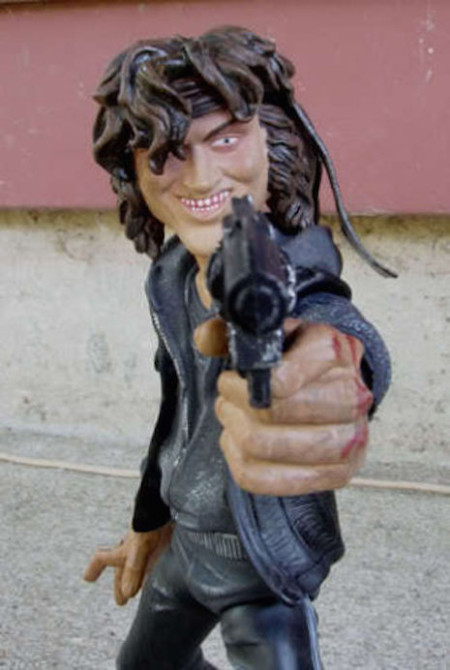