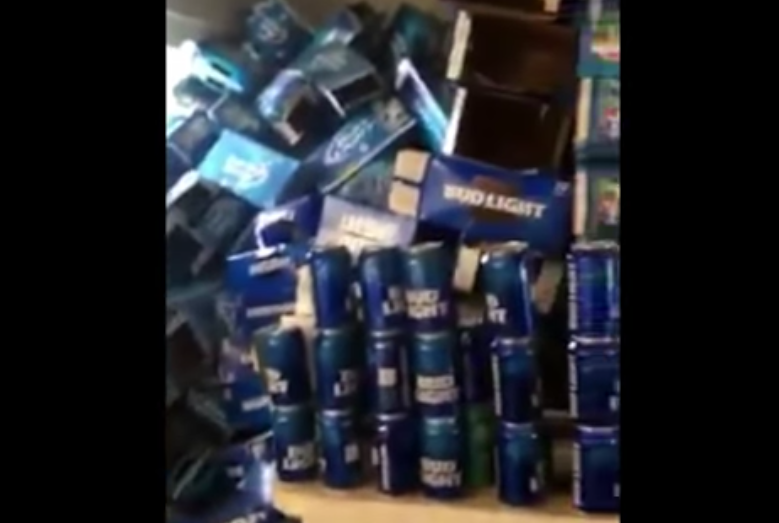 And you thought you had a lot to drink last night.

We often joke about our friends who like a bit of a drink being alcoholics, but this video really does give you some idea of just what being addicted to alcohol actually means.

The video is a walk through tour of what is simply described as “a raging alcoholic’s house” and that’s all the information we’ve got about it. What we see is a completely disgusting and gross house with barely any furniture that is absolutely covered in empty cans and crates of Bud Light:

Man, I don’t think I’ve ever seen so many cans of Bud Light, even at a UFC fight or a stag do. Pure insanity – surely one guy didn’t manage to get through all of those… surely? And what was he even doing when he drank them? It doesn’t look like there’s a TV or a stereo or anything, and I doubt any of his mates would want to come around to his squalid hellhole to hang out with him and drink. Could really do with some more information on that one.

For more alcoholics, check out this guy who chose the ultimate sacrifice instead of alcoholism via euthanasia. RIP.