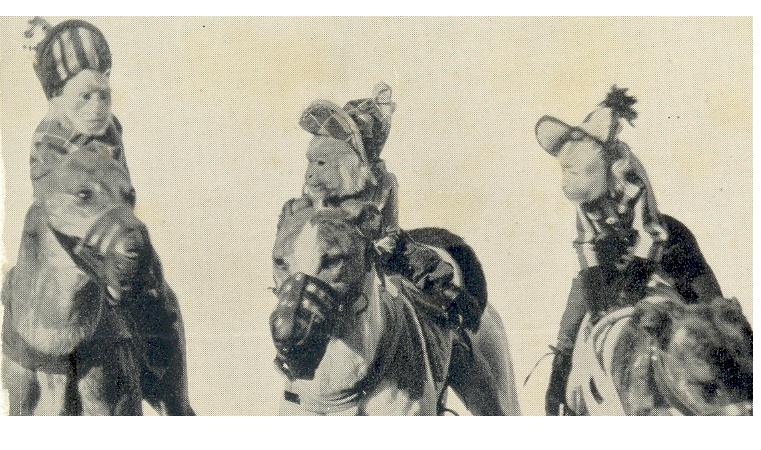 Vintage footage of a monkey somersaulting and riding a greyhound, complete with classic commentary.

Animals dressed up as humans is funny. Animals dressed up as other animals is also funny. So dressing a monkey up as a jockey and making it ride a greyhound is going to be hilarious. Add some slapstick sound effects and vintage 1940’s commentary and you’ve got maybe the greatest 2-minute film ever made.

Well it’s not and, as a vegetarian, I’ve got the moral high ground. Needlessly slaughtering animals for a quick meal when there’s tasty veggie alternatives to eat instead is cruel. Making them ride greyhounds on the other hand brings joy to thousands and has no animal-friendly alternative. Watching a falafel ride a greyhound would be boring.