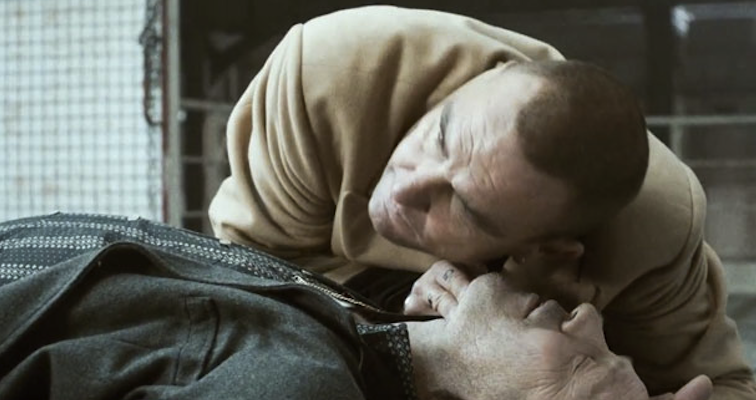 Has a more ridiculous sentence ever been typed than the title of this article?

Whoever at the British Heart Foundation thought it was a good idea to get Vinnie Jones in to front a CPR campaign in a ‘comedy’ advert is either a genius or an idiot or perhaps even a homophobe, I’m unsure. Obviously Vinnie Jones is a well liked footballing celebrity/Hollywood superstar depending on how old you are, but is he really the right person to front the new hands only CPR campaign? Check out the video and you tell me.

I’m confused about a couple of things that this video brings up. First, why the hell is CPR all about hands only now? Does that even make sense? I always got taught at school and at cubs (does cubs even exist anymore?) that you were supposed to do the hand pump and the mouth to mouth actions otherwise it wouldn’t work properly and the guy you were doing it on might die. Is this no longer true or what?

Talking of the mouth to mouth,  although it is kind of funny when Vinny Jones says ‘no kissing, you only kiss your missus on the lips,’ you just know some dickheads are going to get super offended by it and the advert is probably going to get banned, or will only be allowed to be shown late at night or something due to it being ‘controversial.’ Of course, this might get the campaign more publicity but it will probably only draw attention to how stupid most people in this country are, rather than to the CPR campaign itself.

If anything the advert isn’t really controversial but more just dumb. And not even really that funny. Every film that Vinnie Jones is in makes him out to be an East End gangster, so do we really need this advert to do the same? If they were going to do a comedy advert they could have at least tried to make it a bit more funny. Putting on ‘Staying Alive’ and having the other gangsters in the back start dancing is like something you might see in an episode of Sister Sister or something.

And how could I forget the tagline? #hardandfast (because all taglines just HAVE to be hashtagged these days) reeks of something that might be ever so slightly funny the first time you hear it but just gradually becomes more annoying and pathetic the more you hear it. Kinda like a Tenacious D song.

Having said that, people will probably watch the advert/campaign because it has Vinnie Jones in and will probably also remember the information about hands only CPR. So when somebody does collapse unconscious in front of you – which will probably inevitably happen to most of us THIS weekend as the horror of going back to work encourages most people to attempt to drink themselves to death – then you’ll be well equipped to deal with the situation. Phew.