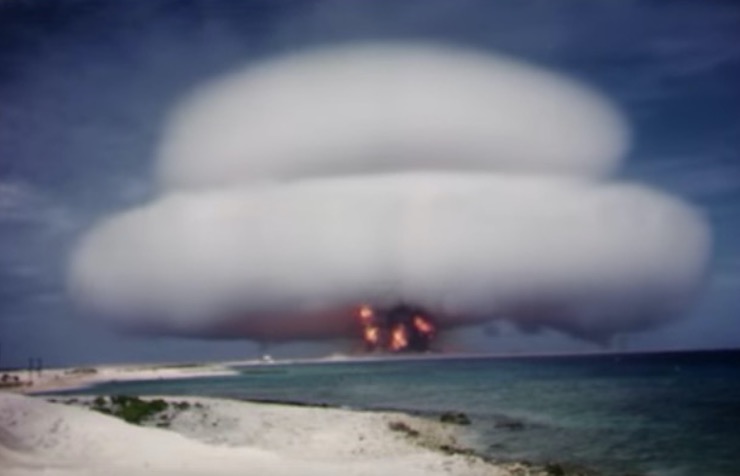 Nuclear bombs are bad news – we all know that – but I doubt any of us have actually seen what it looks like when one goes off. Until now.

Recently, a whole bunch of videos of the nuclear bomb tests that the United States ran from 1945 to 1962 – 210 in all – have been uploaded onto YouTube by a guy called Greg Spriggs. Each one of these videos has been preserved in a vault somewhere since nuclear bomb testing was outlawed in 1962, but now thanks to Greg – a weapons physicist from the Lawrence Livermore National Laboratory – they’re available for us to check out on the internet.

To say that they’re pretty daunting explosions would be an understatement. There’s a playlist below of them – as well as a video where Greg explains the process by which he unearthed them, which is pretty fascinating in its own right – that you can enjoy at your own leisure. Boom:

Those are some of the biggest explosions I’ve ever seen – they make the threat of nuclear war even more sobering. Kinda wish that they would all be decommissioned ASAP, but we all know that isn’t ever going to happen don’t we?

For more nuclear bombs, check out what would happen if every nuclear weapon on Earth was launched at once. Bad news.