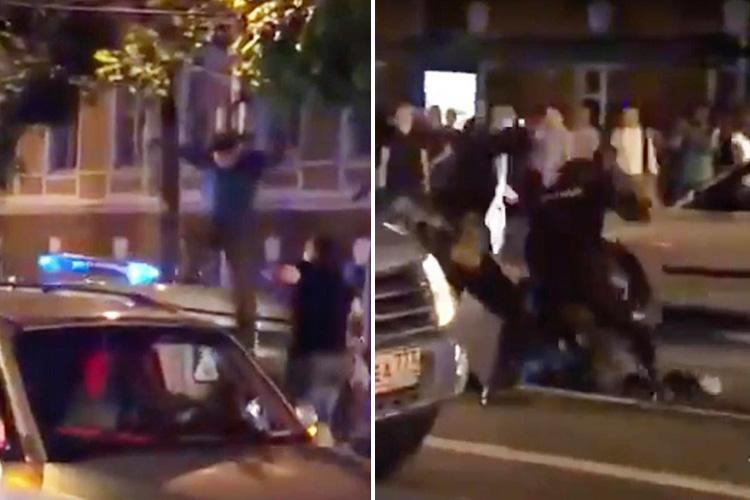 In the build up to the 2018 World Cup, much of the talk was dominated about how it was going to be absolutely terrifying going to Russia because you were almost certainly going to get your head kicked in by Russian hooligans.

Happily though, there have been barely any reports of trouble with violence between football fans and it seems like everyone who has ventured over to Russia has had a completely safe and awesome time. I don’t actually think I’ve even heard of one incident of fighting and everyone has been completely safe from what I can gather.

Until now though that is. The video below emerged yesterday and is said to feature scenes of Russian fans celebrating their country’s surprise victory over Spain on Sunday. Unfortunately they decided to do this by jumping on a police car and stamping on it, and as you might expect that’s not a good idea at all:

Damn. I mean I know the cops probably can’t let that happen to them and let those people get away with it, but I don’t really think they need to mercilessly beat them up like that with freaking nightsticks. Although I suppose this is Russia and you know what they say about Russian police: stern but fair. Maybe just the stern part in 2018 though hey?

For more Russia, check out how Russians deal with terrorists. Boom.