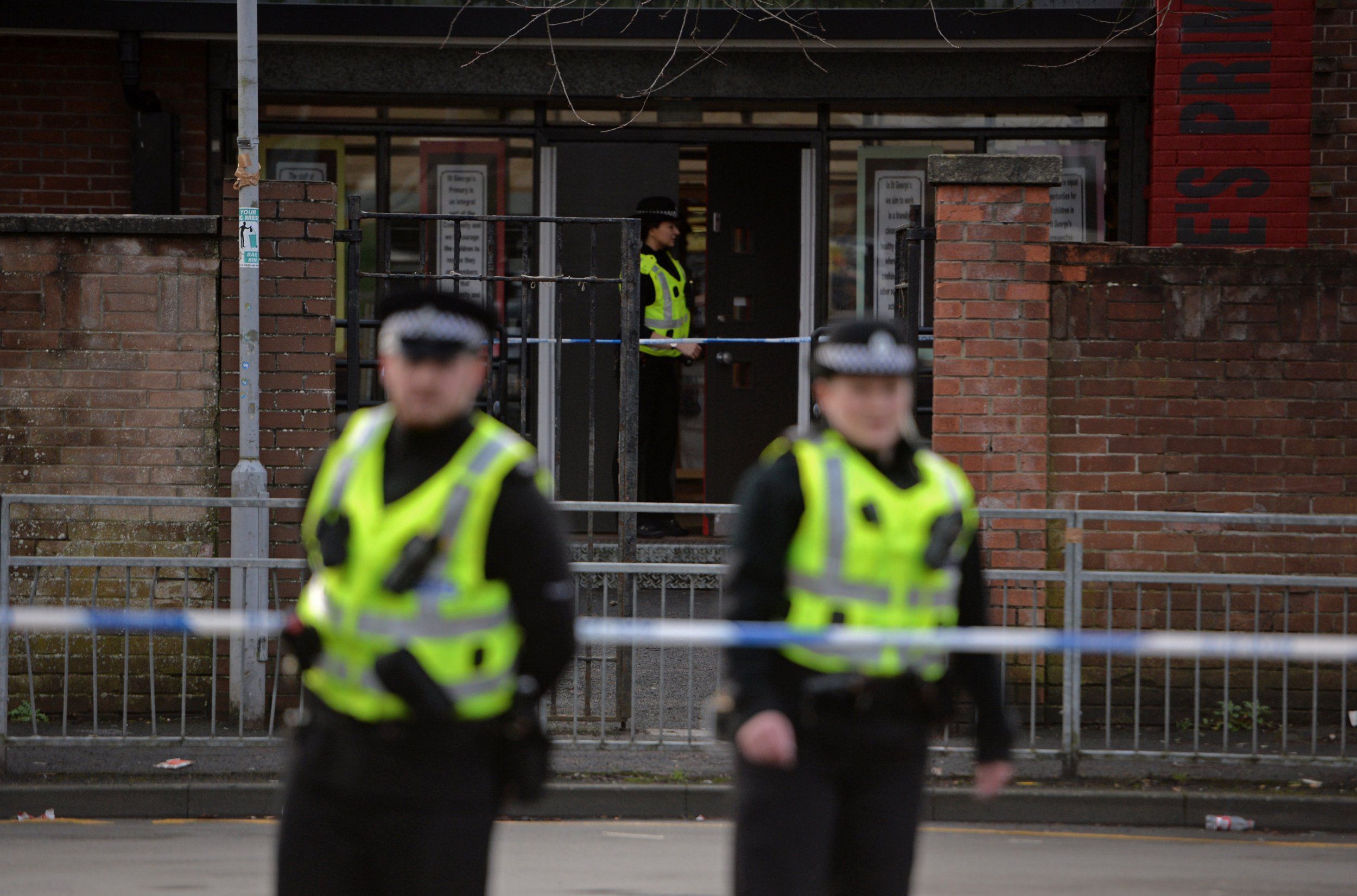 He couldn’t have looked more suspicious if he tried.

We’ve already had the news of the deaths because of a shooting at the BMP music festival over in Mexico earlier this week, and on top of that on the same day there was the tragic news of a shooting that took place outside a Glasgow primary school on Monday morning.

And now for the first time footage has been released showing the hit man prowling outside St George’s RC Primary as parents were dropping their kids off for a day at school, just moments before he shot a 35-year-old dad in the back. The parent who managed to film the shooter, who tried to take out former gangland murder accused Ross Monaghan, had been spotted at the scene days earlier. It’s sickening to think that he was probably sizing the place up in order to figure out his attack.

Monaghan was shot twice in the back by the assassin at around 9am as he dropped off his child. Apparently the man who captured the footage said it was obvious there was something suspicious about him as he was wearing an unusual amount of layers compared to everyone else and the buggy was clearly brand new and it did not have a child in it.

The local police force are now piecing together the evidence in order to catch the culprit, who they believe may have escaped the scene in a getaway car. Meanwhile, convicted cocaine dealer Monaghan is believed to have driven himself to hospital after being shot and was discharged the same day. He was cleared of shooting gangland enforcer Kevin ‘Gerbil’ Carroll seven years ago. The whole situation all sounds very dodgy. Hopefully they catch the guy soon and luckily no innocent people were harmed or killed.

For more school shootings, check out this incredibly stoned kid trying to make sense of one. Brain freeze.