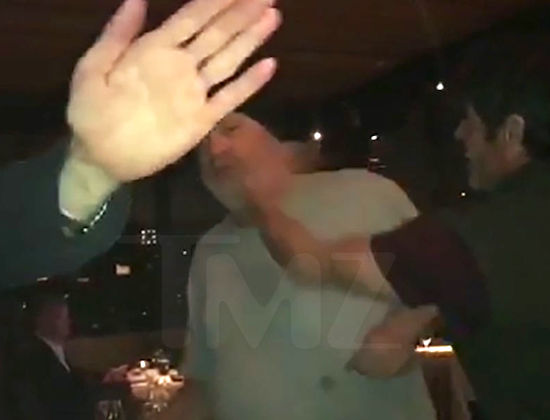 Last night we bought you the story about Harvey Weinstein being punched in the face at a restaurant by some guy named Steve after Harvey had refused to take a photograph with him.

As predicted, TMZ were sitting on the video so they could post it later in the day, and as such we’re bringing it to you now because of that time difference. Check it out below:

Well, I think we can all probably agree that that isn’t exactly the definition of getting punched in the face and is probably more akin to a quick double slap in the face. Disappointing, but you gotta remember that it how TMZ were telling it so how could we have known any different?

Anyway, even though it was more of a slap than a punch, I’m still kinda surprised that a guy like Harvey didn’t react to it and end up beating the crap out of Steve. Maybe his sober coach and therapy is actually doing him some good? Or more likely he just didn’t want any more negative headlines about him for beating up a random dude in a restaurant. Makes sense.

In case you missed it, check out Harvey Weinstein’s long list of offences right here. There are a hell of a lot.