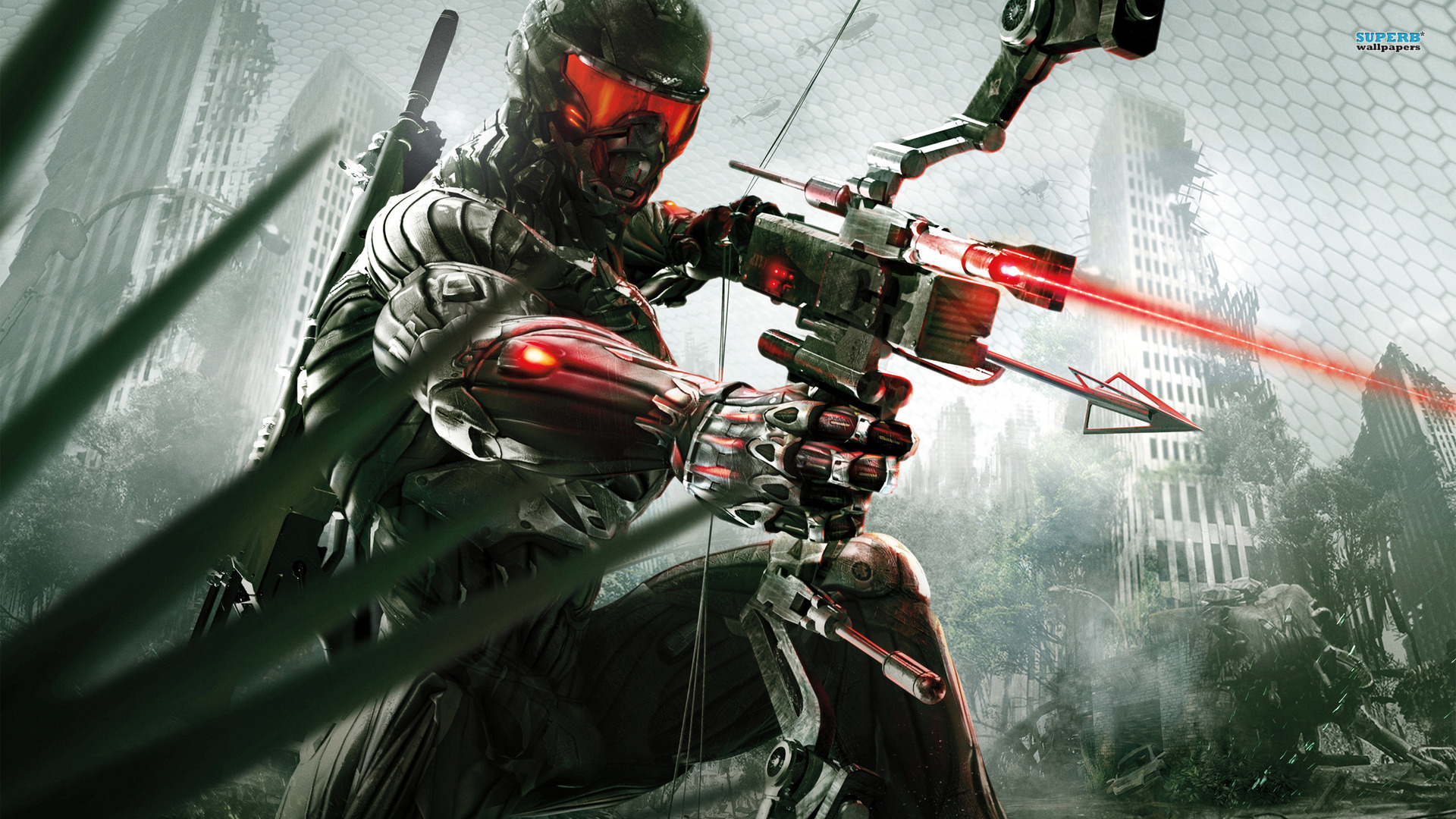 So you want to be a super soldier? Here’s the next best thing Crysis 3! Throw cars, Throw enemies, punch things to death! in this stealthy actiony first person shooter. 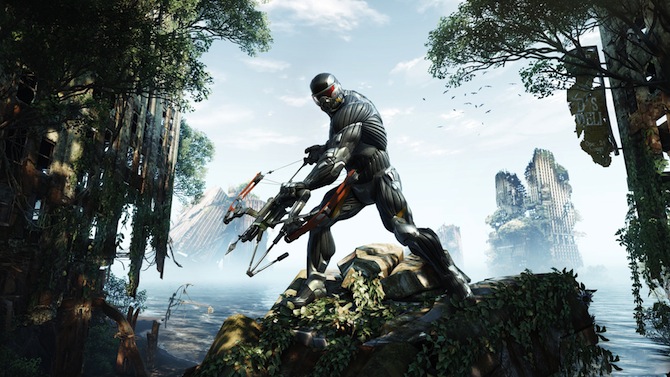 You walk slowly towards the barrier. The seven enemies are below you, looking for you. You pick up the heavy machine gun and detach it from the barrier. The enemy sees you but it is too late. Your armour roars in a metallic melody ‘maximum armour enabled’. The bullets deflect off you barely even registering as the “buda buda buda” of the heavy machine gun sends them to a watery grave. Reinforcements register on your HUD. You turn on stealth mode again and slink off to the next objective. This is what its like to play Crysis 3, in my opinion one of the best first person shooters available.

What I like most about Crysis is that you feel like a super soldier when you’re playing it. When playing Halo or the numerous gimmicky rips of Halo, you’re left slightly disappointed. Yeah Master Chief can jump high and he’s strong, but I never felt like I was better than the next guy. The invisibility and the over shield are all found on the map, they aren’t intrinsically part of the game play and the strength of your character is judged on the characters you play against, so if the aliens are as strong as you; are you a super soldier? In Crysis your a lot stronger than your cell counterparts, able to grab them and throw them vast distances, you can kick cars at them, tap them on the shoulder with a cloak on and slide and jump with a range of movement you don’t get in many other games to easily outwit an enemy. 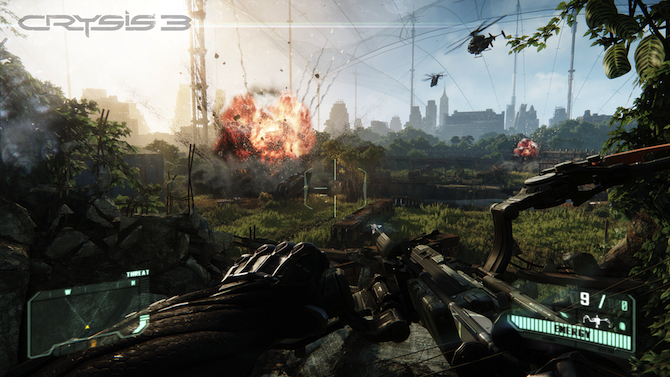 The tag line on the box is ‘Assess, Adapt, Attack’ and I found myself playing this way, tagging enemys from a distance, then moving in for the kill. The graphics and the game play are flawless, and I’m finding it difficult to find faults with this game. The enjoyment of playing the game how I wanted to play it and not being punished as a result is something that sets the ‘Cry’ series of games out from the rest. At one point my vehicle got destroyed and I thought ‘sod this’ and walked to the next objective. Like in Far Cry 3 enemies are stumbled upon in large groups, usually performing bad guy tasks, and it makes stealth extremely difficult (but not impossible) thus forcing you to adapt once your caught. Games like Call of Duty could learn that allowing players to make their own decisions in a game is a lot more rewarding for the player than being forced to endure a cut scene of the fun stuff and then being forced into a vehicle where the chance of failure is zero. I also liked that this was the closest thing your probably going to get to a Predator game. Crysis 3 delivers a satisfying conclusion to the series.

â˜› Check This Out: Call Of Duty In Real Life 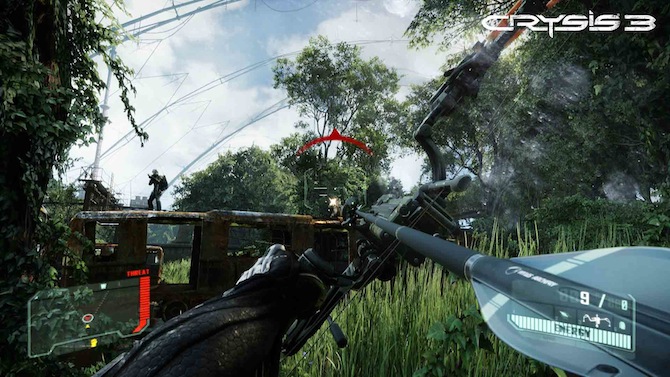 The game is extremely short, around six hours, but unlike Aliens Colonial Marines I felt I’d got my monies worth. Even the cut scenes seemed to deliver and although the story is your just standard last hope of humanity in the ruined jungle of New York, the story of your companion Psycho (who’s been ripped out of his super suit) is a lot more interesting as he deals with his new vulnerability. For Crysis 3 you’re given a new gimmick, I mean weapon. The most powerful bow in the world. With this weapon you will never run out of ammo, you can remain cloaked while you fire and you can pin virtually any enemy to the wall. As long as your accuracy is good and there are less than nine enemies, you don’t even have to move. As much as I like the super soldier, this game wasn’t that difficult, even on hard, stealth mode and the bow can get you through 90% of the game and the rest is maximum armour and hiding until your energy recharges. If that wasn’t enough, half way through the game you can supercharge your suit and literally punch anything to death.

The Crysis series is a rare thing. They’re a time filler that’s incredibly fun to play. If you’ve got five minutes or six hours to kill this is probably the best way to do it. Most premium games you buy now are more focused on multiplayer, the single player is usually just added to sell it for £40, and load times etc. make it not worth looking at; so a quick game is anything but that, especially if you own SimCity (burn). So its nice to have a well made, fun to play, single player game that’s interesting enough to hold the player’s attention and is something to do until Bioshock is released. End Result? Mind-numbingly fun, worth the money, but short enough to rent.