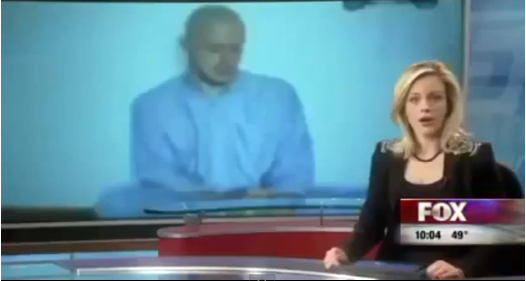 This fake video is doing the rounds online so you’ll probably want to watch it anyways.

This is an all round happy ending post as no one actually got fired and the missing woman was found later that day because it’s actually a fake. But it’s doing the rounds online so you’ll probably want to watch it anyways.

The story goes that a local Fox News reporter got caught live on air saying he’d love to fuck the missing woman he was supposedly just about to report on. What actually happened was a video of a far more tame Fox news blooper was edited together with a staged clip and shimmied onto the internet. I hope whoever did it has a job in editing, or at least puts this on their showreel, although the use the Apple headphone in stead of an actual earpiece does sort of give it away.

Watch the viral below along side the original featuring reporter Lindsay Nadrich dropping a few f-bombs below:

Just incase you were curious, Jena Chisholm – the missing woman in question – was found later the same friday when she woke up from what I can only comprehend as your typical Las Vegas bender. She made her way to the nearest security office after waking up on a park bench in a resort. She had already lost her phone, car keys and even her dog. As I said, happy endings all round.