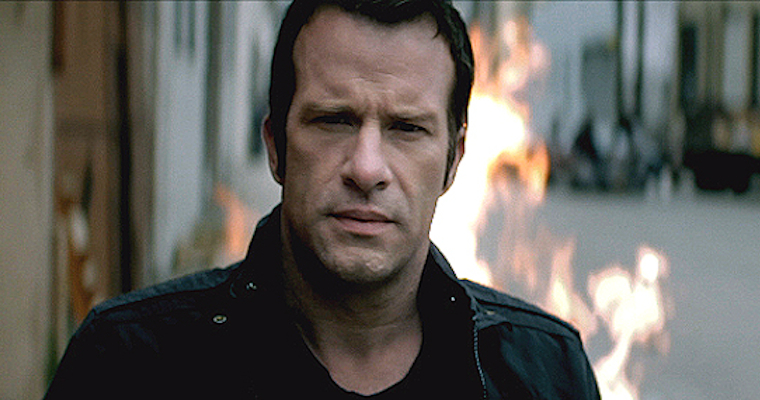 Thomas Jane, Ron Perlman and a couple other minor celebrities used their own money to create a sort of short sequel to Thomas Jane’s Punisher movie from a few years back that is actually really badass.

This came out about a month or so ago but I only just found it and I figured it was so cool (at least for me) that I had to write something about it. I’m pretty heavily into comic books and The Punisher is definitely one of my favourite ‘superheroes’ because he’s just so different from everyone else in comic books in that he doesn’t even have a superability or mutant power – his family just got brutally murdered in the crossfire of a gang war (that was conveniently happening in a park on a Saturday afternoon – yeah right) and since then he’s been so fuelled by revenge that he set out on a one man war against crime, killing everyone who stands in his way. Aside from the fact that that’s a cool as fvck origin story, it’s also really cool that he actually kills people rather than just puts them in prison (or The Raft if you’re a geek – that’s a prison for supervillains) so they can escape a few issues later and continue wrecking havoc on the world. Basically he’s the man, although in fairness there’s only so much you can do with his character before it gets kind of stale.

Anyway, apart from me geeking out over the Punisher I wanted to tell the Sick Chirpse readers about this short movie that Thomas Jane and his buddies got together to make on their own dime for fun. In case you didn’t know, Thomas Jane was in a couple of crappy Punisher movies a few years ago – I think John Travolta maybe played The Kingpin in one and McNulty from The Wire played Jigsaw in another – that nobody saw because well, they were crappy.  Apparently Thomas Jane was kind of pissed off with how it went down because he loves the character so much and so he got together with a few of his buddies and decided to make this short ‘fan’ film. I put fan in inverted comma because even though they are fans they’re still rich celebrities that can afford to make a fan movie look really good.

And to be honest it looks really, really great. To be honest I couldn’t really expect anything more of a Punisher film. Sure, it’s nothing really that original but it is completely badass and really well shot and completely cool, and the minor celebrity cameos in it are great too. And as for Thomas Jane – wow! I have only ever seen him play the main guy from Hung – the show about a baseball coach with a big dick who becomes a male whore on the side – where he just looks like an idiot doing a bad impression of Christopher Lambert but he kills it as The Punisher. Real badass. This has already got 2 million views so hopefully some idiots in Hollywood will get the picture and make another Thomas Jane Punisher movie with this team so it doesn’t suck again. Fingers crossed.

Check out Dirty Laundry below: