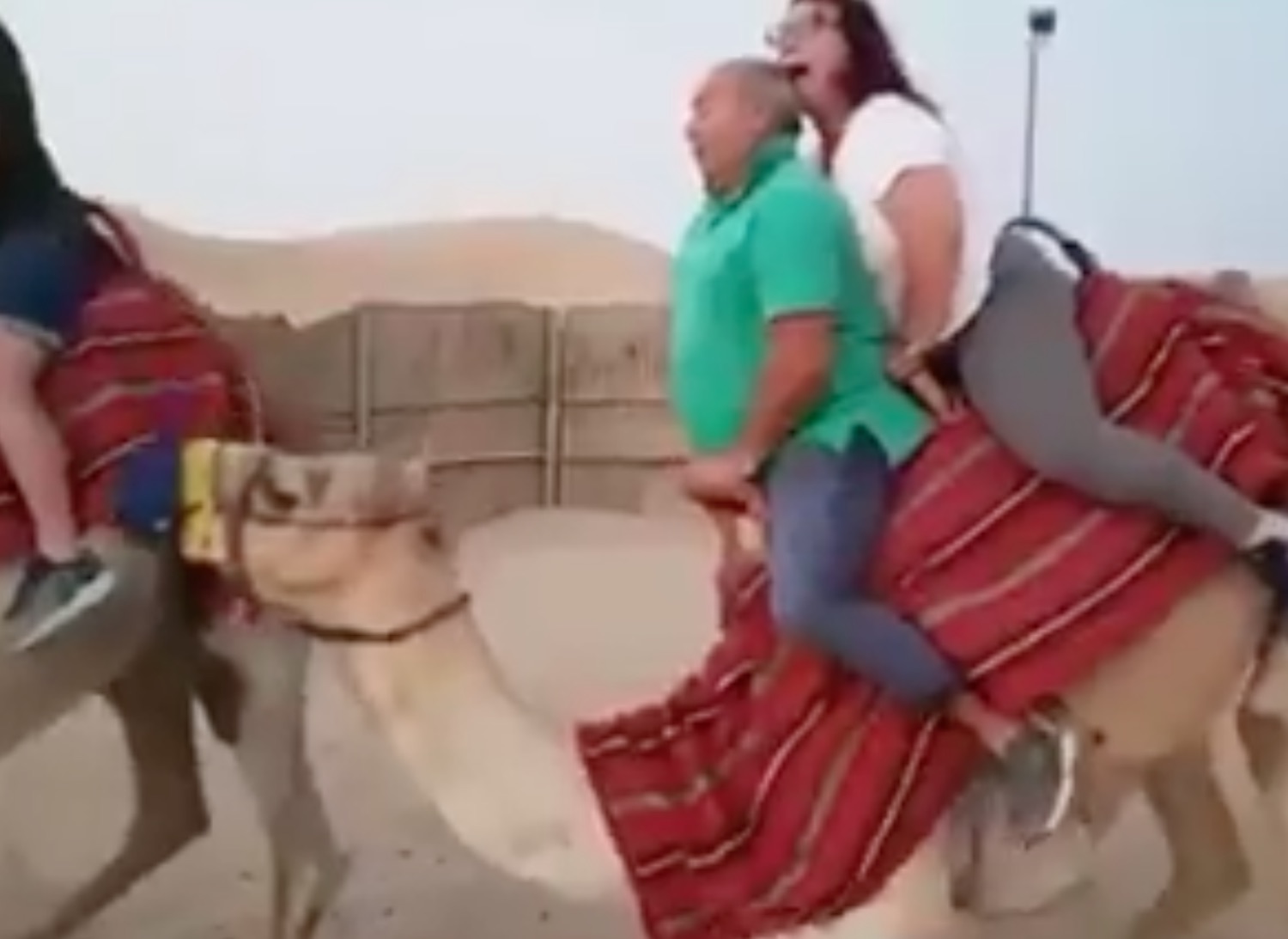 The video shows a couple of shall we say overweight people (just don’t wanna say I’m fat shaming anyone but it’s kind hard not to in the context of the video) sitting on a camel somewhere as it waits to rise up into a walking position. Unfortunately because they’re so heavy there’s absolutely no way that the camel can support them and its knees end up cracking and he stumbles around, unable to stand up properly.

It’s pretty sad but it’s clearly being played for lolz as someone has dubbed that bad recorder version of the Titanic theme music over it. Not sure I agree with that, but take a look yourself and see what you think:

This video has almost resulted in me dying from LAUGHING.

I mean I guess the fact that it’s got 14 million views in about a week probably does mean that most people are finding it funny, but I think the only vaguely humourous thing about it is how terrified the two idiots trying to ride the camel are when it’s struggling to stand up – and even that isn’t that funny. I’m not gonna stand her on my high horse and say that people should never get camel rides or whatever, but it seems clear that whoever is in charge of these animals needs to look after and treat them a bit better and not let two overweight people try and ride them because it’s just gonna end up like this video. Fucking dickheads.

For something a bit more cheerful, check out four midgets relay racing against a camel. Yeah, that is something that would happen.