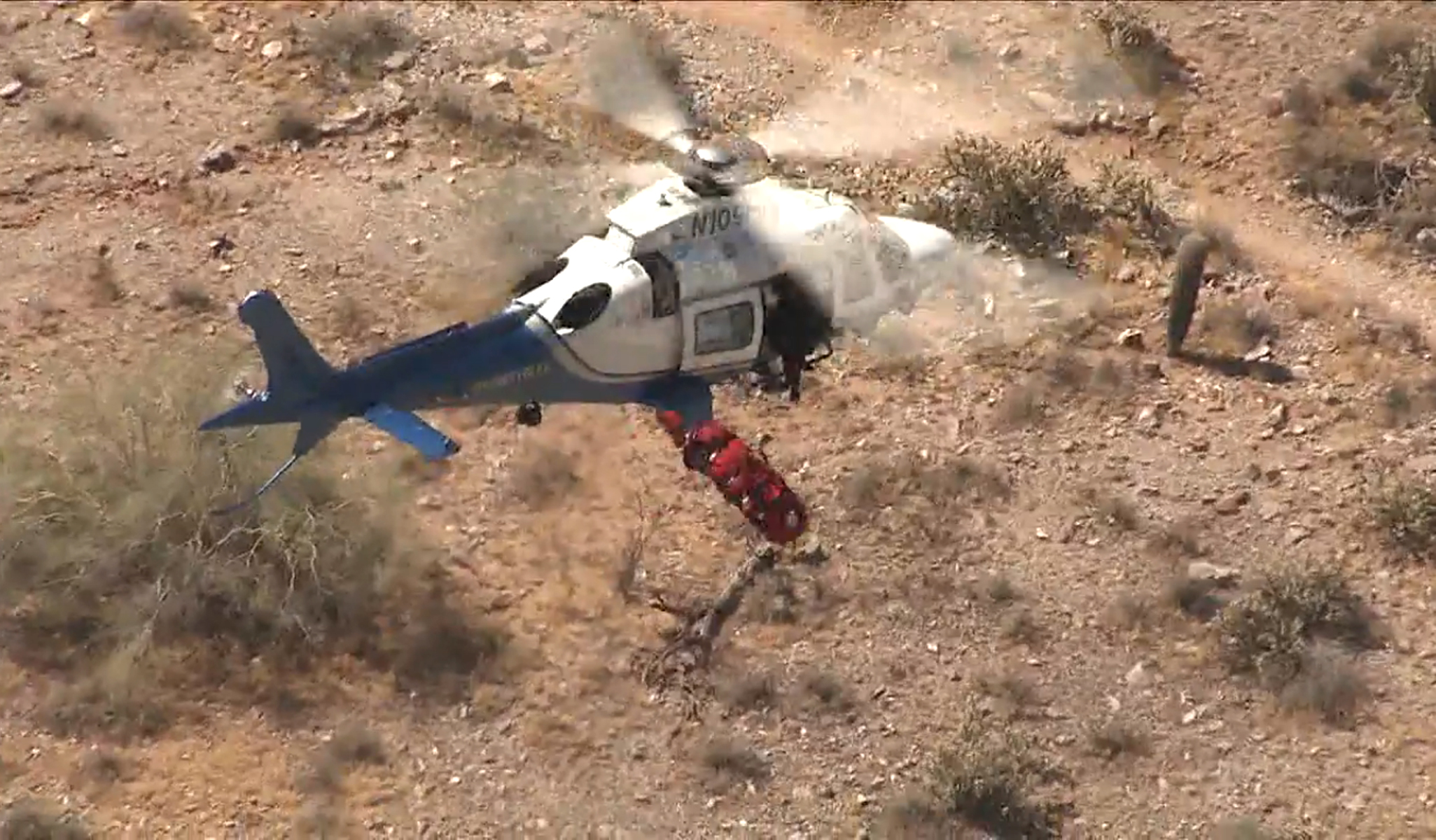 When it comes to viral videos, they’re often isn’t any way to tell what is and isn’t going to be successful and it’s often down to luck as to how something spreads.

Take the video below – I’m kinda in the business and I don’t think I would have been able to predict that it would receive at least 9 million views in 24 hours, but it has done and that’s already made it the most viral video of the year. The video features a 74 year old woman who injured herself whilst hiking and has to be airlifted out of the Arizona desert via a helicopter and let’s just say things don’t go according to plan.

Make sure you keep watching it because it only gets crazier as it goes along:

Feels like that scene in The Sandlot when everyone blows chunks after throwing in huge lips pic.twitter.com/dPkDj9Kipm

Lol. OK, that’s obviously not that great for the 74 year old woman who’s spinning around exponentially faster than the Black Revolver or what have you down at your local dodgy fairground, but I’ve been assured that she’s safe and well and recovering in the local hospital at this point.

We can only hope that she was passed out as she was airlifted – or very soon went into a state of unconsciousness due to how fast she was spinning – because if she didn’t then that’s probably one of the most horrible experiences she or anyone else would ever have to experience. Especially with a broken leg or whatever had happened to her. Surprised she didn’t puke all over herself or have a heart attack to be honest.

It gets better though. Apparently this is a regular occurrence when airlifting that people are all too aware of, but sadly on this trip the line that was attached that is meant to prevent it from happening didn’t work. That’s pretty unlucky for the woman, but not for whoever filmed it as they now own the rights to the most viral video ever. Really can’t put a price on that can you? (well you can, probably something like $4 million)

For more of the same, check out how the Scottish mum for that disgusting video’s life has been affected by it. Hasn’t gone so well for her I don’t think.