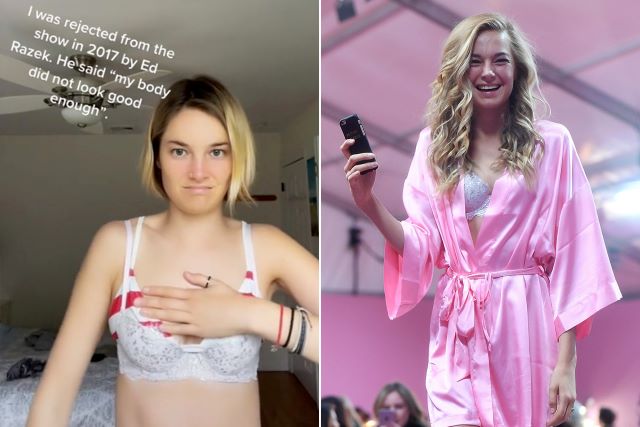 She says Victoria’s Secret’s new “woke” image is a joke.

In case you missed it, lingerie company Victoria’s Secret decided to rebrand themselves a couple weeks back by replacing their iconic ‘Angels’ with spokespersons including Megan Rapinoe, Brazilian transgender model Valentina Sampaio, plus-size model Paloma Elesser, and journalist Amanda de Cadenet, among others.

A pretty bold strategy considering they’re in the business of selling lingerie and underwear, but apparently all kinds of companies have decided that “woke” is the way to go these days.

Well one person who isn’t staying quiet about this is former Victoria’s Angel Bridget Malcolm, who isn’t happy about the way her and her fellow runway models have been treated.

Former Victoria’s Secret model Bridget Malcolm has slammed the lingerie brand’s woke new image as a ‘joke’, accusing the company of ‘performative allyship’ while revealing how underweight she was while walking in its annual show back in 2016.

The 29-year-old hit out at the company in a new TikTok video in which she tried on the skimpy 30A cup bra that she wore in the Victoria’s Secret show to demonstrate how tiny it is on her now-‘healthy’ size 34B breasts.

As she says in the video, she was mistreated by the brand for years…

Too little, too late Victoria’s Secret. Your performative allyship is a joke.

The suggestion is that Victoria’s Secret are publicly aligning themselves with “woke” ideas in order to improve their public image and reputation.

As Bridget suggests, it’s not like Victoria’s Secret suddenly had this huge awakening and called a meeting to discuss how immoral they had been all these years and that they have to start celebrating different body types, gender identities, and female empowerment to make the world a better place. This is purely a business decision to make themselves look good.

Back in the day, they built an empire by hiring the most beautiful women in the world and putting them in lingerie…

But now, they’re so desperate to make people forget that they built their brand off conventionally beautiful women in skimpy outfits that they want us to associate them with different ideas entirely, like empowered females of all shapes and sizes overcoming obstacles in the supposedly male-dominated patriarchy that is society.

Or, as Bridget described it, ‘performative allyship’. It’s BS and we can all see through it. Fair play to Bridget for saying what needed to be said. Wonder if any other former VS models will give their 2 cents?

For the student who fled North Korea and says ‘wokeism’ in university is worse than the country she escaped from, click HERE.