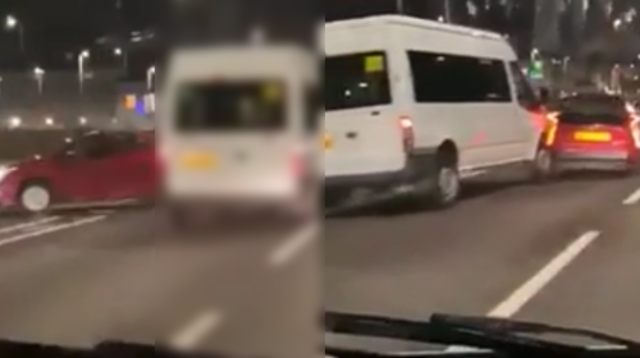 He’s done that before.

A lot of us dream about taking out the car in front that’s going too slow and holding up traffic, but few are actually insane enough to go through with it.

I guess this white van man was just having one of those days and wasn’t about to put up with the car in front of him any longer. He pulls off an impressive pit maneuver and manages to spin the Prius into a 180 and move it out of the way:

He’s definitely done that before, hasn’t he?

Not sure about any other context to the video as it just went up without any information on Worldstar but since someone was sitting there recording it I reckon there’s a bit more to the story. Let’s just hope there weren’t any kids or babies in that car and that the van owner made sure of it because that was already a stupid enough move without someone being hurt over it.

For the man who crashed and died mid-jizz with his pants down while driving his 1996 Toyota, click HERE.