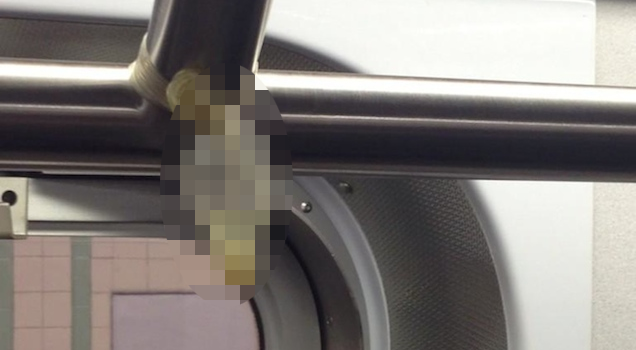 Well, this would be a disgusting way to start your morning commute – probably even worse than the most annoying commute of all time.

Basically some dude either had sex on the subway or jerked off on it – or did either of these two things somewhere else and then transported the container full of gloop onto the subway in New York – and then tied it onto a handrail so that everyone could see it in all its glory. And perhaps accidentally grab it. 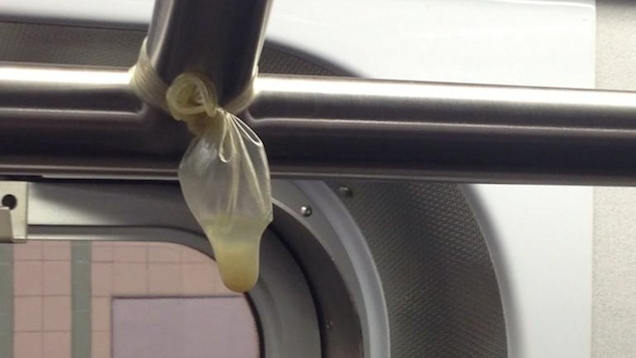 Ryan Quinn – the unfortunate guy who made the discovery of the condom – had the following to say about it:

I moved my hand on the pole to slide down a little and did a double take, because I realized, ‘That’s a fucking condom.’ Just hanging there, tied like a balloon. It was eye-level, it was disgusting.

Yep, certainly sounds it. Come on guys – if we’re not going to use condoms for their intended purpose can’t we at least use them for something creative like making a Liverpool shirt full of them.