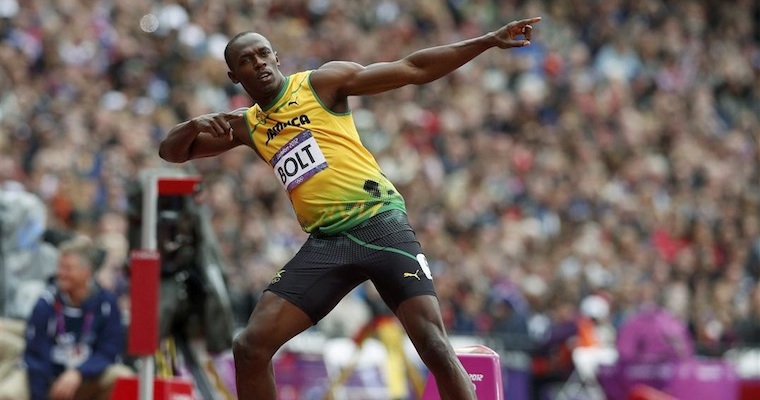 We look at the athlete that has set the Olympics alight – quite literally. 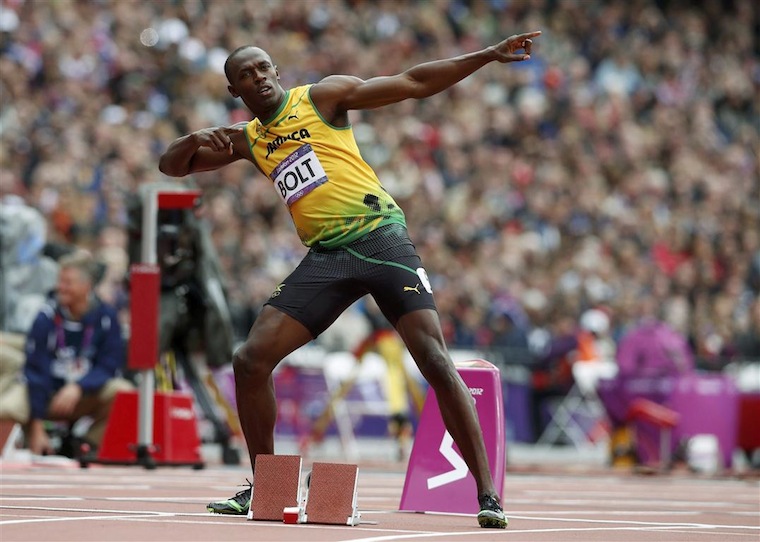 The 100 metres is a funny old race. It was built up for hours, 20 million people tuned in in anticipation of witnessing sports history. Then, just like that, in ten seconds, it was over. It was a bit like having sex, a lot of build-up, everyone involved getting excited, it starts fast. Ten seconds later though and it’s all over, leaving only one of the participants happy and satisfied. This person on Sunday, was Usain Bolt.

Bolt is like some kind of machine. His name is ‘Bolt’ for fucks sake. It’s like he was pre-made for this in a factory. At these London games he has got Gold in the 100 and 200 metres, with his Jamaican compatriot Johan Blake grabbing the silver in both. Bolt ran 100 metres in 9.63 seconds, reaching speeds of 31 miles per hour. This is a man whose race rituals are apparently eating chicken nuggets and dancing like a bell-end, sounds like a Saturday night on the town to me, not the warm up for an Olympic record beating sprint from the fastest man on Earth. He is also one of the most arrogant men on Earth, if you look on his twitter account his bio quotes ‘The most naturally gifted athlete the World has ever seen’. Usually, and I’m sure you’d agree, this is the ramblings of a wanker, but in Bolt’s case, I think he can justify it, which is pretty fvcking annoying. Another quote from Bolt is that he is good enough to play for the Man United team that was seconds away from a premier league title this year. Bold shout from Usain, but I admit, I wouldn’t mind watching him going into a 50/50 challenge with Tony Hibbert on a frosty Saturday on Merseyside. I think there would be only one winner that night, and he wouldn’t be from Jamaica. 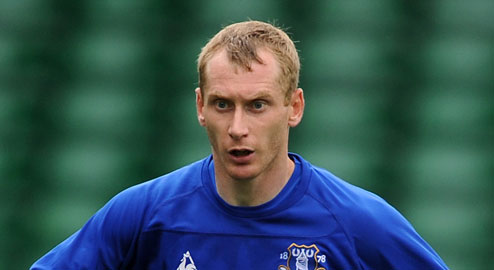 It may seem that Bolt and Blake were the true winners of the two nights, but this is wrong. There is one man that profited more than anyone, that person is the dealer for the Jamaican team. Bolt and Blake got Gold and Silver respectively, and the marijuana smoke could be smelt from Sheffield. I’m pretty sure every athlete in the Olympics would have been stoned by the end of the night from the fumes coming from that camp. Usain Bolt even has his own strand of marijuana named after him now in California, which is a pretty big accolade I’m sure you’ll agree. Let’s be fair, the Olympics tickets for all events sold immediately and it seems like everyone wanted one, but the real Golden ticket was to the party in the Jamaican camp on when all the races were over. With the relay still to come, and Bolt and Blake running in it, it seems like the party isn’t over yet.