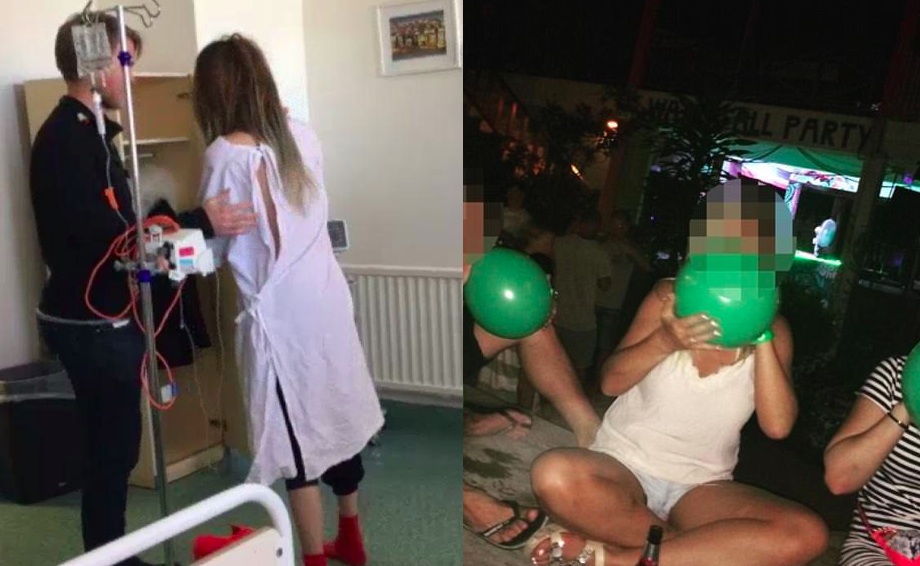 Too much hippie crack.

An Australian university student inhaled so much nitrous oxide AKA laughing gas that she may never walk again.

The unnamed woman in her 20s inhaled 360 canisters in the space of one week, causing severe damage to the nerves in her spinal cord, which the doctors say may never recover.

However, there is some hope and the student has since been rehabilitated in order to try and learn how to walk again.

Very recently I had a 20-year-old patient whose brain appeared to have the same level of damage as an alcoholic who had been drinking for 40 years.

We have had a doubling of the number of calls from hospitals about significantly affected people from nitrous oxide exposure.

Those effects are severe nerve injury, or sometimes brain injury. There has been a real spike over the last two years.

Those deaths can relate to anything from the exploding of the small cylinders, to people becoming hypoxic – that is, short of oxygen – from overuse.

Wow – who knew that laughing gas could have such a damaging affect? The same level of damage as an alcoholic who had been drinking for 40 years? That’s the last time I’m touching that stuff. It’s not worth the risk.