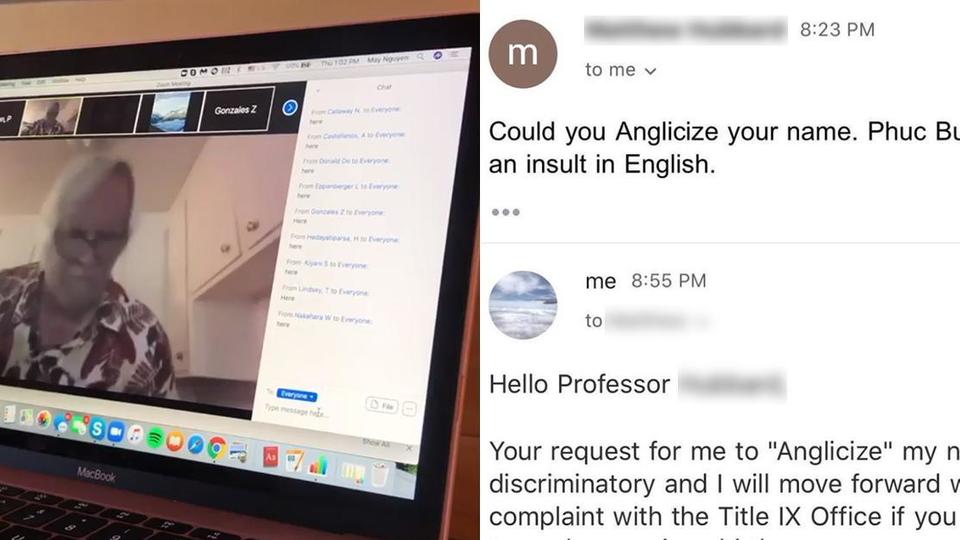 A professor from Laney College in Oakland, California, has been suspended after brainlessly telling a Vietnamese student to “anglicize” her name because he thinks it sounds like an insult in English.

Trigonometry Professor Matthew Hubbard must have forgotten we are living in 2020 when he sent Phuc Bui Diem Nguyen this message:

Welp. Good time for Professor Hubbard to apologise profusely, beg Phuc not to report him, and just call her ‘Miss Bui’ if her full name is such a big deal to him.

Instead he doubled down: 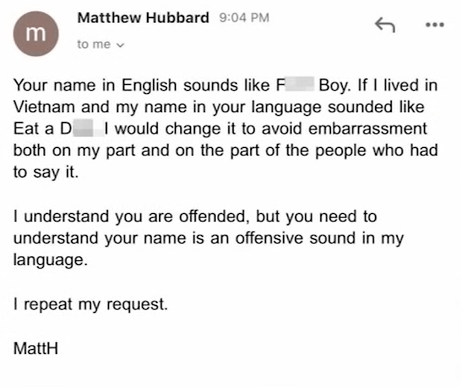 As expected, Hubbard was suspended and issued a groveling apology on Twitter (since made private) and remains on leave pending an investigation into his conduct. Here’s what he wrote:

How did he not visualise this outcome when he wrote that first e-mail asking Phuc Bui to change her name? It was literally the only way this was going to end.

Apparently the name is pronounced “Fook Bui” so it’s a bit like Conor McGregor saying fuck boy but shouldn’t be a problem to anyone with an American accent. Even if the Professor was right in practice, that maybe you’d give yourself a nickname if your name meant something rude in the country you were in, it’s not really his place to call it out like that. And to then get annoyed the first time she refuses? I guess lockdown has been tough on all of us.

For the coronavirus burgers currently being solved in Vietnam, click HERE. Come on you would wolf that down.