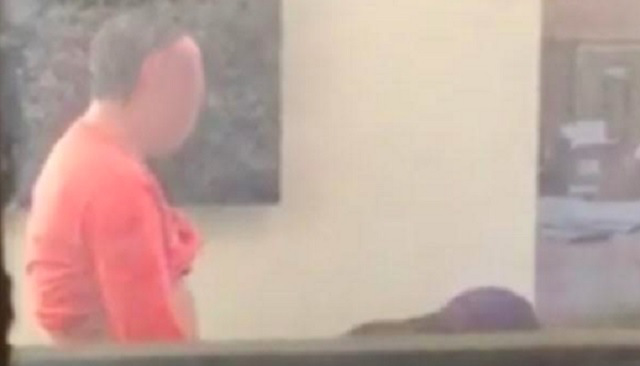 Obviously we can’t embed the video but it’s not too hard to find if you know your way around the Internet.

VIA Total Frat Move who were sent the footage:

According to multiple tips we received over the past hour, a video has leaked that allegedly features a now former criminal justice professor at the University of Arkansas having sex on the desk of either a lecture hall or his office with an alleged student. A link to the video was included with the tip, and we watched all 24 seconds of it. There’s definitely some doggy-style sex happening on a desk in what looks like a classroom.

The professor’s name has also been leaked and his rate my professor page now looks like this:

One question I’ve always wanted to know the answer to — is it okay for uni lecturers/professors to bang their students? I mean obviously it’s not secondary school or college where you’ll get arrested and thrown in jail for doing it. I think it’s just frowned upon when it comes to uni? Maybe you’re only allowed to bang students who you don’t personally teach. Someone should really clear up the rules on that one but either way – fucking your professor should mean a guaranteed A for sure.

P.S. Rating the professor’s shirt rolled up to his tits. Flawless move.