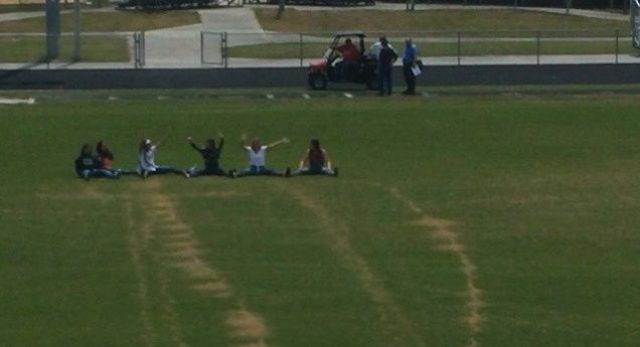 Everyone dreams of a killer graduation prank, but few do anything anywhere near as good as this one.

Back when I was at high school (or sixth form, whatever) I always wanted to pull off a really sick prank on the last day of school. Despite having seven years to come up with it though, I still came up short.

The same cannot be said of an unnamed prankster from Nature Coast Technical High School in Tampa Bay, Florida, who managed to etch a humongous penis into the football field where the high school’s graduation ceremony was going to be taking place that night. Result. The prankster allegedly made the penis by strategically spraying weed killer all over the field. Now that is smart – give the guy a place at Harvard already.

Unfortunately (or fortunately if you’re a square) the high school managed to cover it up with green paint and a massive 2014 logo and the ceremony got to take place without a hitch. But still, the thought was there and everyone was thoroughly pissed off about it.

The headmaster of the school Principal Toni-Ann Noyes said: ‘I’m going to have over 2,000 people sitting in our stands, and we take great pride in our Nature Coast graduation. I was very disappointed that someone would do this and not think of the other students and the families that would have to look at this.’

Oh AWAH. I know graduation is really important but graduating next to a giant penis would be a way better graduation story than anyone else’s ever. People in Tampa Bay clearly have no sense of humour.

The prankster himself was barred from attending the ceremony, but I doubt he gives a fuck because he’ll be remembered as a legend by everyone in his school anyway. 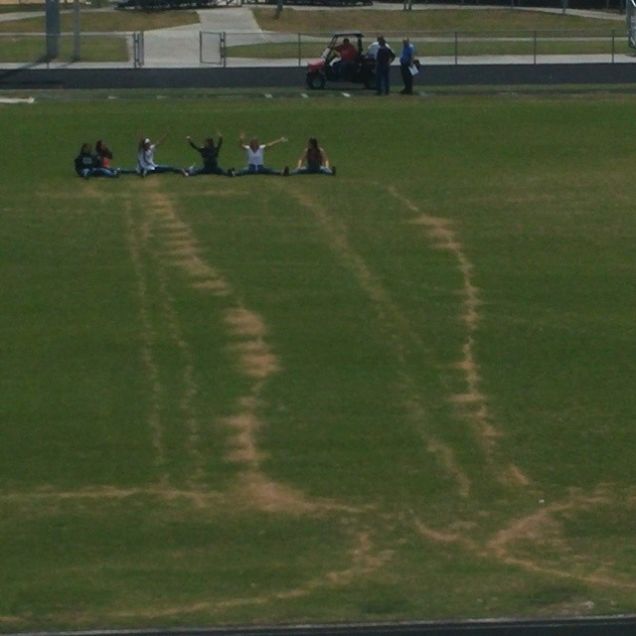