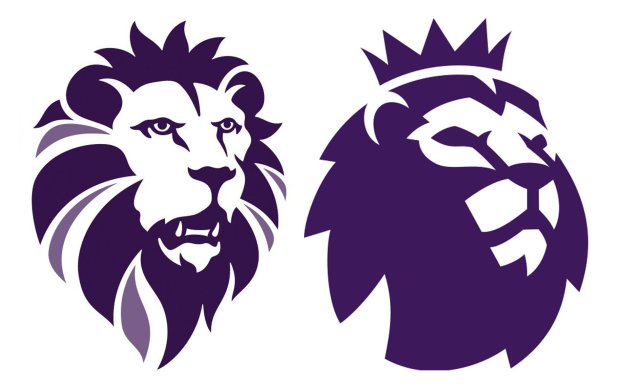 Gary Lineker is not happy.

UKIP are currently in the midst of their annual conference in Torquay  – where a new leader will have been announced by the time you read this – but another issue has come up with the news that they’ve decided to change their logo as well.

The UKIP logo was famously (apparently) the pound symbol but for some reason they’ve decided to ditch that and instead settle on a purple lion, which is again apparently a well known symbol of Britain. I didn’t know that but whatever.

Anyway, as you can see above it looks a lot like the Premier League lion logo that was introduced last year (and also completely sucks) because it’s looking the same way and is also purple. You’ve got to admit that there’s at least a resemblance there, right?

This was drawn to everyone’s attention by none other than Match Of The Day presenter Gary Lineker:

Go on Gary! I guess he has got kind of a point though, you can’t really deny that.

UKIP themselves predictably didn’t seem too bothered about the resemblance though, with chairman Paul Oakden saying the following:

I’m not worried. For a start, I don’t mind Ukip being associated with the Premier League.

If they feel they have a right to take legal action I’m sure they’ll consult with their lawyers.

We did our due diligence before we put these logos to the membership and as I said, we are perfectly comfortable.

We’re not that stupid.

Gary Lineker is a very well-known, somewhat sanctimonious, extremely well-paid TV celebrity who has their own opinions.

Bitchy. I guess it is kinda annoying when Gary Lineker sticks his nose in where it isn’t wanted though. Just ask any kid that’s ever eaten Walker’s crisps.

For more of the same, did you know that his stepdaughter looks loads like Mesut Ozil? No joke.