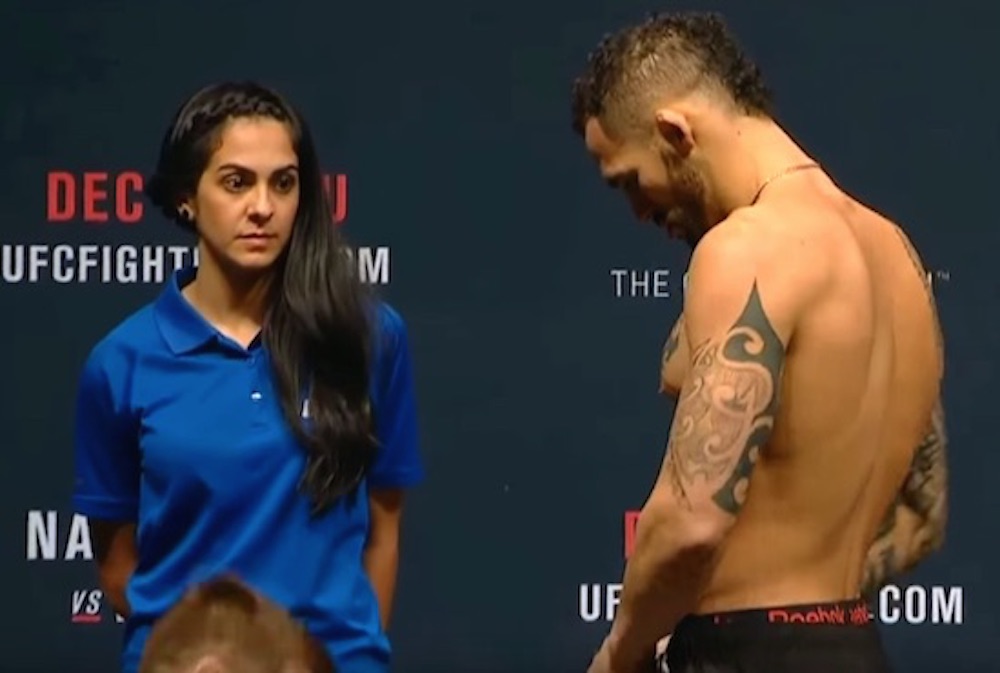 She just can’t help herself.

The weigh-in is an essential part of every UFC fight for obvious reasons – you need to make sure someone isn’t over or under weight and thus has a distinct advantage or disadvantage against the people in the division they’re fighting in.

This means that you need to have people working the weigh-in and this is where the woman featured in this video comes in. I’m not exactly sure what her role is as she just seems to stand there, but by the looks of her face she must think that she has the best job in the world. Just look at her eyes and the amount of times she licks her lips and bites her tongue, but I suppose that’s to be expected with all these ripped specimens around her:

You’ve got to admit how funny that is, but to be fair to the girl who can blame her? If it was the other way around and loads of hot buff chicks were taking their clothes off in front of me, I think I would find it insanely hard not to react like that as well. To be honest she’s doing pretty well with her reactions when I think of it like that.