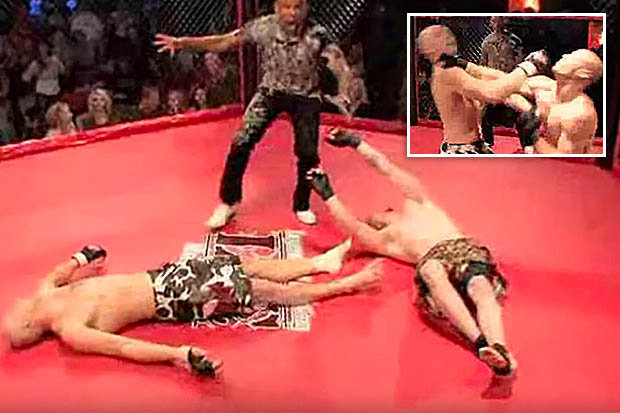 There’s nothing like scoring a knockout against your opponent in MMA – but you’ve got to be conscious yourself in order to appreciate it and register the victory.

Unfortunately for Tyler Bryan and Shaun Parker in the clip below though, neither of them were. The two fighters were both making their professional debuts at a Legends Of Fighting event in Indianapolis a few years ago when the unthinkable happened.

Both of the fighters connected with knockout punches at the same time, meaning that they were both laid out on the floor unable to continue:

Lol – what a ridiculous ending to a fight. Neither of them were able to continue and the contest was ruled a no contest.

For more knockouts, check out this compilation of the greatest spinning knockouts in MMA history. Ain’t nothing better.