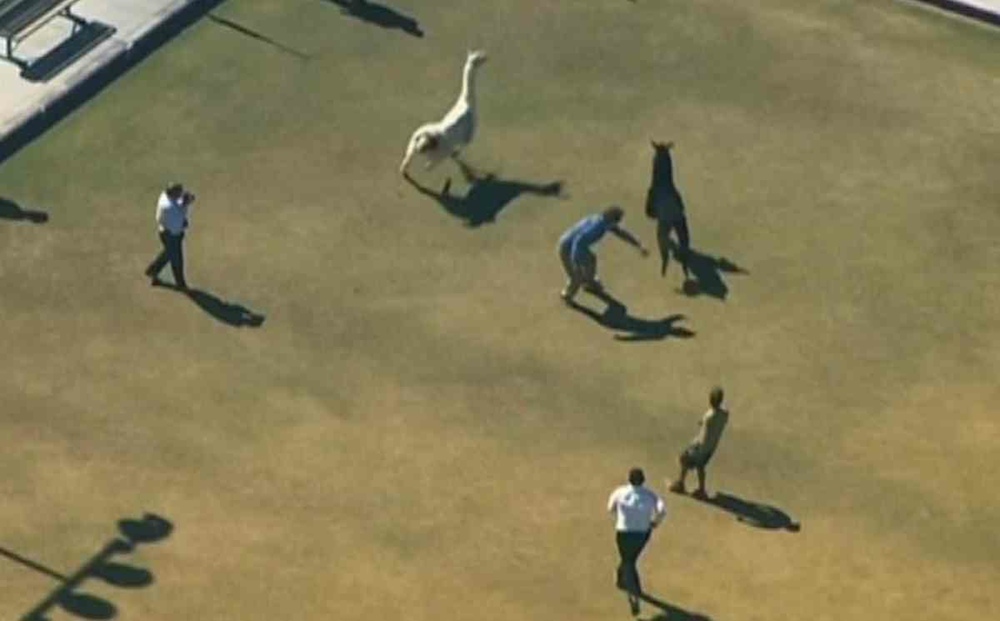 Llamas are way better than you at GTA.

There’s nothing like a good car chase, but a good llama chase might be even better judging by this video.

The two llamas in question are racing around Arizona’s Sun City and they make the police look like absolute dumbasses with their ducking and diving through main roads, intersections, road blocks and pretty much everything else that is thrown at them.

The whole chase was streamed in real time from ABC’s helicopter camera for residents of the United States, who absolutely loved it, even if it was a spectacular waste of resources as I’m sure there’s something somewhere that this helicopter could have been used for that was more useful than this. The llamas actually kept running around for over 15 minutes,  which is an incredible achievement when you think that most men that try to evade the cops get caught after about two minutes and we’re allegedly supposed to have better brain power than these animals. Maybe we need to start rethinking evolution.

The video could really do with some cartoon music on it though to be fair.